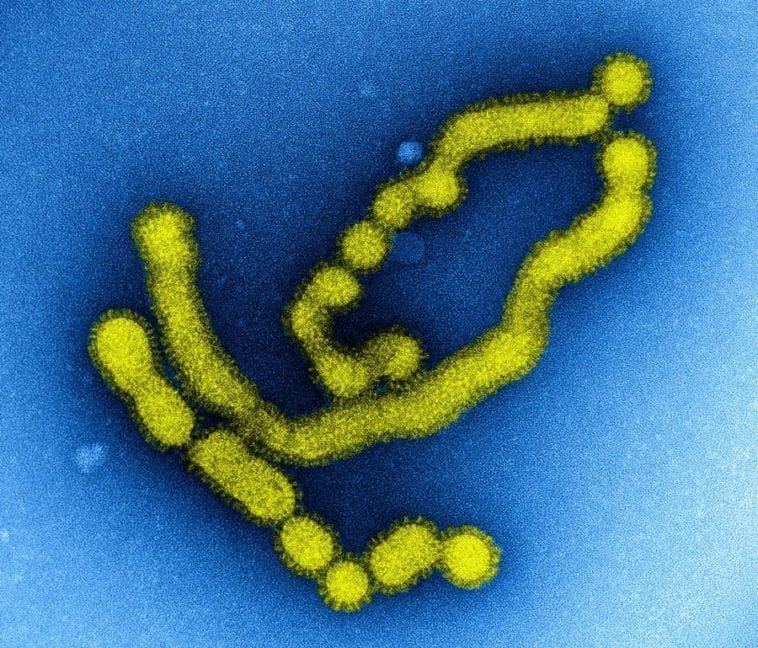 See what we’re reading this week at Global Biodefense on topics including resumption of “gain-of-function” research, the World Bank’s pandemic emergency financing mechanism, and an updated assessment of each state’s public health emergency preparedness.

Controversial lab studies that modify bird flu viruses in ways that could make them more risky to humans will soon resume after being on hold for more than 4 years. Last year, a U.S. government review panel quietly approved two projects previously considered so dangerous that federal officials had imposed an unusual moratorium on the research. One project already has funding from the National Institutes of Health and will start in a few weeks; the other is awaiting funding. Science

In 2014 the US government ordered a pause on funding “gain-of-function” research – into flu, severe acute respiratory syndrome and Middle East respiratory syndrome, over fears about the potential for the spread of a virus of “enhanced pathogenicity”. At the time there were also high-profile breaches of safety in laboratories handling anthrax and smallpox viruses, adding to the fear over the potential for an accident involving a dangerous pathogen. The Telegraph

Ready or Not: Protecting the Public’s Health from Diseases, Disasters and Bioterrorism, 2019

Ready or Not examines the country’s level of public health emergency preparedness on a state-by-state basis using 10 priority indicators. The 2019 report finds that states have made progress in key areas, including public health funding and participation in provider compacts and coalitions. However, performance in other areas—such as flu vaccination, hospital patient safety, and paid time off for workers—has stalled or lost ground. Trust for America’s Health .pdf

An increasing number of immunocompromised and/or unvaccinated people, global mobility, population density acceleration, urbanization, and a growing resistance to antibiotics are all powerful trends of the 21st century that could threaten national health security. These join the host of serious risks posed by CBRN threats. To help protect the nation from emerging and pandemic infectious diseases and CBRN threats, HHS published the 2019-2022 National Health Security Strategy (NHSS), its quadrennial strategy to prepare and safeguard the nation’s health in times of crisis. ASPR Blog

The PEF is an insurance-based financing mechanism developed by the World Bank to provide surge financing for response efforts to countries affected by a large-scale outbreak to prevent the outbreak from reaching pandemic proportions. There are currently four responding agencies that are PEF-accredited: WHO, UNICEF, UNFPA, and FAO. The PEF was set up for an initial period of 3 years, from July 2017 to June 2020. Work to extend the PEF to a second period is already underway. World Bank .pdf

The recent experiences with EVD epidemics illustrate that we cannot get definitive efficacy data without randomized controlled trials. Implementing such trials with the speed necessary to capture data in an outbreak can occur only if prioritization and protocols are in place before it begins. This paper highlights the challenges associated with evaluating experimental treatments for emerging infectious diseases under conditions of unpredictable clinical need, limited pre-existing data, and poor infrastructure for clinical research and outline several approaches that could facilitate the prompt initiation of rigorous drug trials when an outbreak appears. Health Security

Insects—long known to spread diseases—could potentially help cure them. Or rather, the microbes living inside them could. Scientists have discovered dozens of microorganisms living in or on insects that produce antimicrobial compounds, some of which may hold the key to developing new antibiotic drugs. They can’t come too soon. NPR

The results of two phase 3 clinical trials reported this week in the New England Journal of Medicine is as effective as standard antibiotics for treating community-acquired pneumonia and skin infections. The drug is a “modernized” tetracycline that’s designed to overcome tetracycline resistance and has shown activity against both gram-positive and gram-negative bacteria, including antibiotic-resistant strains.  CIDRAP

Xofluza, Roche’s bid to replace sales from the now-generic Tamiflu, has yet to catch on in the U.S., and new reports of viral resistance in Japan won’t help the drug’s case. Some doctors in the country have slowed Xofluza prescribing in light of new evidence that mutant viral flu strains can stop the drug from working as intended in some patients, The Wall Street Journal reported . Tokyo’s National Institute of Infectious Diseases had ID’d six resistant strains as of Feb. 6. Fierce Pharma

A family’s transport of an Ugandan man who died on Feb 8 in the DRC’s outbreak region across the border and back into Uganda sparked intensive contact tracing, location of the body, and sample testing. As part of preparedness efforts for possible spread of the virus across the border, Uganda has been vaccinating healthcare and front-line workers in high-risk districts since Nov 7. So far 3,587 have been immunized. CIDRAP

Guinea has confirmed its first locally acquired Lassa fever case in two decades. The man’s symptoms began on Jan 7, and he sought care at a private clinic before he was hospitalized twice, one for suspected severe malaria. His condition worsened, and he died on Jan 29 after experiencing hemorrhagic symptoms. Initial tests were negative for Ebola and yellow fever, and subsequent testing was positive for Lassa fever. CIDRAP

Madagascar is more seriously affected by plague, a zoonosis caused by Yersinia pestis, than any other country. The Plague National Control Program was established in 1993 and includes human surveillance. During 1998–2016, a total of 13,234 suspected cases were recorded, mainly from the central highlands; 27% were confirmed cases, and 17% were presumptive cases. Patients with bubonic plague (median age 13 years) represented 93% of confirmed and presumptive cases, and patients with pneumonic plague (median age 29 years) represented 7%. Deaths were associated with delay of consultation, pneumonic form, contact with other cases, occurrence after 2009, and not reporting dead rats. A seasonal pattern was observed with recrudescence during September–March. Annual cases peaked in 2004 and decreased to the lowest incidence in 2016. This overall reduction occurred primarily for suspected cases and might be caused by improved adherence to case criteria during widespread implementation of the F1 rapid diagnostic test in 2002. Emerging Infectious Diseases

Case report of atypical cowpox virus infection in France in 2016. The patient sought care for thoracic lesions after injury from the sharp end of a metallic guardrail previously stored in the ground. Researchers isolated cowpox virus from the lesions and sequenced its whole genome. The patient reported that he had been previously vaccinated against smallpox. Paper describes an alternative route of cowpox virus infection and raises questions about the immunological status of smallpox-vaccinated patients for circulating orthopoxviruses. Emerging Infectious Diseases

There is growing concern in the scientific and public health community that chronic wasting disease, which is killing deer in Minnesota, Wisconsin and elsewhere, could jump to people. The issue is especially pressing for Minnesota, where wildlife officials are tracking the state’s largest outbreak of CWD yet. The disease is spread via extremely hardy protein molecules, known as prions, making it similar to mad cow disease, which did jump from cows to people. Twin Cities Pioneer Press

What Happened to Bird Flu? How a Major Threat to Human Health Faded From View

Just over a dozen years ago, a bird flu virus known as H5N1 was charting a destructive course through Asia, North Africa, and the Middle East, ravaging poultry in apocalyptic numbers and killing 6 in 10 humans known to have contracted it.And then … nothing happened. The virus continued to kill chickens and to occasionally infect and sometimes kill people. But as the years passed, the number of human H5N1 cases subsided. There has not been a single H5N1 human infection detected since February 2017. This is the good news. The bad news is that the situation could change in an instant. STAT

How Measles Hacks The Body—and Harms Its Victims For Years

Measles first infects alveolar macrophages. These immune cells patrol your airways, hoovering up and degrading bits of dust, pollen, and any other foreign objects that you breathe in. They also have a surface receptor the exact shape of a measles protein. “They’re supposed to be on a mission to destroy viruses, and instead they act as a shuttle, delivering measles straight to the closest lymph nodes.” Wired

It’s a compelling drama, one microbiologist Paul Keim doesn’t need to see on TV. He actually lived it, cracking the code that determined where the bacteria that caused the fall 2001 anthrax attack originated and where it did not—Iraq—which put off the start of that war for a time and eventually led police to a likely suspect in the bioterrorism incident that killed five people. Northern Arizona University

The Johns Hopkins Center for Health Security has accepted 30 professionals and scholars into its Emerging Leaders in Biosecurity Initiative (ELBI) fellowship program for 2019. This class is the largest and most diverse in program history, chosen from more than 130 applicants through a rigorous selection process. Throughout the year, Fellows will attend workshops, networking events and have access to other engagement activities and some of the top minds in domestic and global health security. Center for Health Security

The American Society for Microbiology’s Biothreats Conference this month included a discussion panel on the 2018 Clade X pandemic tabletop exercise hosted by JHU’s Center for Health Security. Clade X sought to identify important national policy issues and preparedness challenges that could be solved with sufficient political will and attention. Built on a fictional scenario based on epidemiological principles and challenges identified and unresolved in response to past outbreaks, key takeaways from Clade X were intended to inform senior leaders and decision makers at high levels in the government on how to deal with the potential for future pandemic events. Pandora Report

Two online laboratory informatics courses now on the CDC TRAIN site help laboratory staff to understand how their jobs relate to their laboratory’s informatics system. Developed by APHL and the Centers for Disease Control and Prevention (CDC) in collaboration with the APHL Informatics Committee and members of the target audience, the courses follow a TB specimen as it advances through testing and reporting to inform decisions by clinical care providers and public health agencies. APHL Blog 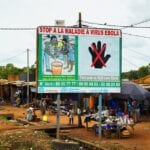 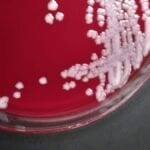