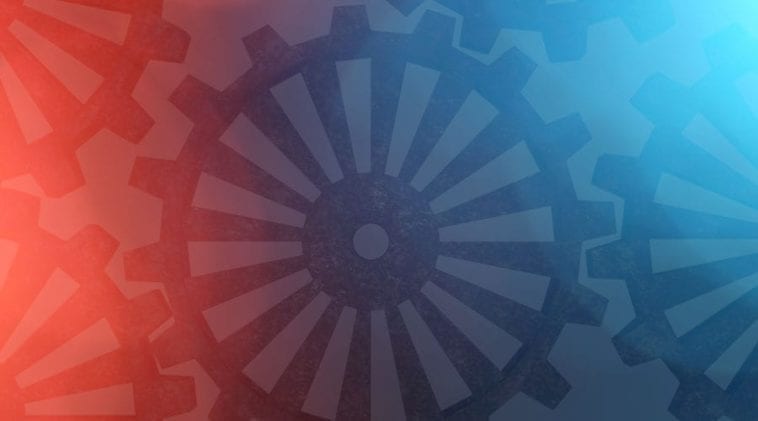 The standard view of public health usually involves the portrayal of health care workers in lab coats peering into microscopes and treating patients combating the most severe medical issues of our time, as well as looking ahead to circumvent outbreaks on the horizon. This vision often results in increased research and funding for the development of a medical miracle—a cure to save those stricken with a disease or a vaccine to keep the healthy from getting sick.

Clearly, for most populations, receiving medical therapies and supplies saves lives; however, medications unable to reach their intended targets prove worthless. “Vaccines that remain in the vial are 0% effective” (Orenstein, Seib, Graham-Rowe, & Berkley, 2014). Outside obstacles stand between patients and the administration of critical health care resources (CHCRs) including medical countermeasures (MCMs), equipment, and supplies. These obstacles can, therefore, result in severe consequences. From a public health perspective, resources that do not reach those affected during an outbreak can mean the difference between a contained disease cluster or the disease spreading and threatening national or even global health security. This is especially relevant as “the problem of infectious disease is no longer only one of prevention, but also—and perhaps even more—one of preparedness” (Lakoff 2008).

Obstacles preventing sick people from accessing available resources is not a hypothetical concern any longer. Instead, it is one continually being played out both domestically and internationally in routine and emergency response situations. These obstacles are rooted in various causes and require more specific identification and analysis to prevent inadequate public health responses. Barriers to the delivery of care cost hundreds of thousands of lives simply because they are not defined or incorporated into public health planning and execution operations.

The repeated interference of these impediments requires asking the question of whether the current approach to public health response planning and execution adequately incorporates all known obstacles to delivery of care and resources. Analysis of public health operations argues that it does not and there are critical gaps that allow these barriers to persist. To fill this void, previous research (Osetek 2018) introduces a new framework of non-medical obstacles (NMOs).  NMOs are material and intangible factors that slow or prevent the timely delivery of available CHCR to populations in need during a public health emergency or crisis. The focus on available CHCR is important because these resources essentially provide immediate assistance in the absence of NMOs. This framework addresses explicitly obstacles to resources allocated for use to a specific population in need. The four components of this NMO framework are Security, Logistics, Culture, and Communications.

These four categories of obstacles play a significant role in public health responses to outbreaks. They can be both dependent upon each other and simultaneously demonstrate distinct differences.  For example, a logistical obstacle will not involve the same solutions or the same actors as trying to understand and mitigate behaviors deeply entrenched in cultural practice.  Additionally, in many cases, multiple obstacles are simultaneously occurring that complicate public health efforts. For instance, there are situations when the communication aspect of response is intimately tied to a necessary understanding of the culture and society on the receiving end of the message. The Acquired Immune Deficiency Syndrome (AIDS) crisis in particular demonstrated the intersection of communication and culture when a theater group tried to deliver relevant health information via puppet shows in parts of Africa hit especially hard by the disease. The premise and idea were good, but it was not effective because it failed to include enough culturally sensitive information to make the medium effective (Uwah 2013). Another example of multiple NMOs compounding a situation existed during the 2014 Ebola outbreak. A lack of proper, culturally appropriate communication led to a distrust of health care workers (HCWs) deployed to help combat the epidemic. In South-East Guinea, fearful residents stoned a team of HCWs and journalists to death, creating a security and safety issue (Allgaier and Svalastog 2015). To make the response efforts successful, these obstacles need to be addressed separately and in conjunction with each other; however, not all NMOs can be taken together and considered as a single entity to solve. Instead, they are individual problems standing alone and complicating other obstacles.  Public health practitioners need to view the effects of NMOs in their entirety as there is no other way to approach these interventions and have positive results. These past examples serve to illustrate the challenges and also make it evident that this is not a new problem, nor is it confined to a specific disease, response, or region. NMOs are a systemic problem with critical implications that continue to demand immediate attention.

The urgency of this problem can be currently seen in the Ebola outbreak raging in the Democratic Republic of the Congo (DRC).   On a positive note, there have been multiple therapies developed over the last few years, including a monoclonal antibody cocktail vaccine approved for compassionate use in the DRC and approved by their health ministry ethics committee (Cohen 2018a). The monoclonal antibody therapy is also advantageous from an NMO-mitigation perspective, as it requires just single dose administration and can be shipped at temperatures more easily achieved in developing countries (Racine 2018).

Despite the DRC outbreak’s unique distinction as being the first Ebola outbreak with a preventative vaccine, it is also the first outbreak to take place in a war zone. The violent environment’s introduction of security NMOs is having a tremendous impact on the response efforts in both direct and indirect ways.

According to Peter Salama, Australian epidemiologist and leader of the WHO Health Emergencies Programme, there are 100 insurgent groups operating in the area where response efforts are taking place, and 20 of those groups are “highly active” (Cohen 2018b). Peacekeepers have been actively targeted by these insurgent groups so public health workers operating in the area have resorted to traveling with armed military escorts (Cohen 2018b). Despite this, there are regions that have security blackouts where the WHO teams cannot spend much time on vaccinations or contact tracing.

In September 2018, a rebel-led attack in the city of Beni killed at least 14 civilians. The government declared a “ville mort” (mourning period) “out of respect for the victims,” so aid workers had to temporarily halt their monitoring and tracing work (Bearak 2018). Amid a contagious outbreak, this lost time is especially dangerous and potentially allows the outbreak to grow.

The volatile environment within the DRC also complicates the process of contact tracing, and consequently, curtailing the spread of the Ebola virus. Over one million people have been displaced due to militia activity, and there are numerous parts of the region that are inaccessible to healthcare workers due to fighting (Bearak 2018). The displaced people possess less knowledge about Ebola, making them more susceptible to the disease (Claude, Underschultz, and Hawkes 2018).

Security concerns have also negatively impacted the Red Cross Safe and Dignified Burial (SDB) Teams operating in the region. This is of special concern since the safe burial of deceased Ebola patients is an important response strategy to curtail the disease spreading. As of the middle of October, due to an incident that injured three volunteers, Red Cross burials in Butembo were stopped and Civil Protection teams are responding instead. Security concerns prevented the responses to seven SDB alerts (World Health Organization 2018).

The rising death toll in the DRC emphasizes the fact that NMOs are a major problem in public health responses and they need to be placed at the forefront of public health planning. Science alone cannot tackle outbreaks, but rather it requires a concentrated balance between science and NMO mitigation. Regardless of whether the disease being combatted is smallpox, Ebola, polio, or a new threat that has yet to present itself, there will always be scared patients in remote areas looking to public health workers for help and hope. For the public health workers positions to provide that assistance, they get the opportunity to “make a difference by reaching the unreachable” (Boum 2018). Understanding and planning on how to best mitigate the non-medical obstacles outlined here removes hurdles and restores hope to scared patients and encourages the public health workers trying so desperately to provide help.

Allgaier, Joachim, and Anna Lydia Svalastog. 2015. “The Communication Aspects of the Ebola Virus Disease Outbreak in Western Africa – Do We Need to Counter One, Two, or Many Epidemics?” Croatian Medical Journal 56(5): 496–99.

Boum, Yap. 2018. “Challenges of Administering an Ebola Vaccine in Remote Areas of the DRC.” The Conversation. http://theconversation.com/challenges-of-administering-an-ebola-vaccine-in-remote-areas-of-the-drc-98181 (June 24, 2018).

Jennifer Osetek received her PhD in Biodefense from George Mason University. She teaches at the Penn State University College of Medicine in the Master of Professional Studies-Public Health Preparedness program and serves as an Officer in the Coast Guard Reserve. She also works as a contractor in the Coast Guard’s Office of Specialized Capabilities. 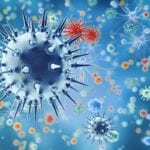 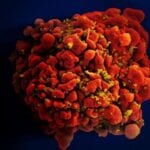