“The Indy 500 provided an excellent venue to demonstrate our ability to provide a composite threat picture across all modalities — radiation/nuclear, chemical, and biological,” said Mark Wrobel, SIGMA+ program manager in DARPA’s Defense Sciences Office. “The SIGMA+ network enabled real-time alerts of possible threats to be overlaid on a digital map of the raceway, so security staff could identify, with high accuracy, the type and location of a potential WMD or WMT threat.”

“Integrating our fixed and handheld SIGMA radiation detectors, which are now being deployed operationally, with ChemSIGMA sensors and DHS’s bio sensors on the SIGMA+ network demonstrated the networking of sensors for simultaneous, wide-area monitoring of multiple threats,” Wrobel said. “We’d like to thank the Indianapolis Metropolitan Police Department for their support in executing this demonstration. We look forward to working with them and other local, state and federal partners on future pilot activities to further refine the system with the goal of transitioning the capability to DoD and DHS users.”

DHS’s CWMD office also gained valuable experience from the Indy 500 deployment. The Mobile Deployment Detection Program, or MDDP, has been supporting the Indy 500 for five years to augment the Indianapolis Metropolitan Police Department’s radiation and nuclear detection capabilities. In addition, this year, the Indy Police Department and CWMD collaborated on the next-generation bio-detection capability technical demonstration. The Biological Detection for the 21st Century (BD21) tech demo was installed at the motor speedway specifically to learn about the complex environmental conditions present on race weekend.

“Data collected and lessons learned from the tech demo unit in Indy will be joined with data collected from around the country to support the design, development, and future deployment of the BD21 system to safeguard our nation against biothreats,” said Assistant Secretary, James McDonnell. “We thank Metro Police Department, and look forward to continued collaboration on this critical effort.” 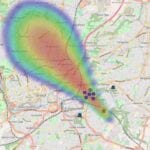 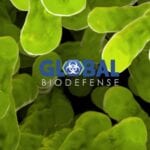