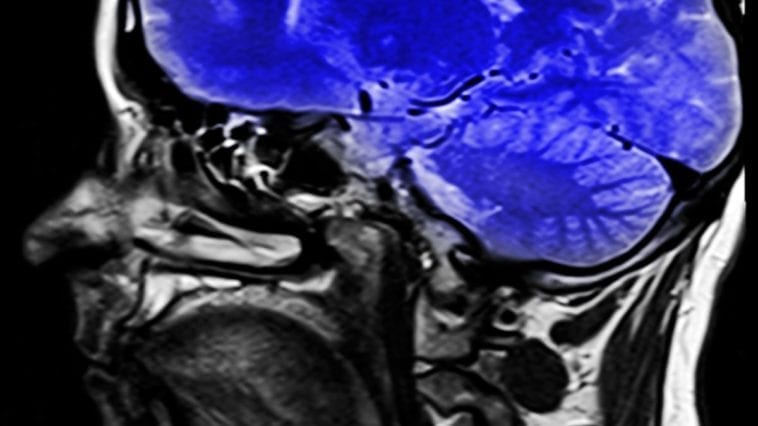 Rebecca Abergel of Berkeley Lab’s Chemical Sciences Division is studying how an anti-radiation-poisoning pill she developed in 2014 could help to protect people from the potential toxicity in the long-term retention of gadolinium, an ingredient in MRI contrast agents.

When Abergel and her team at the U.S. Department of Energy’s Lawrence Berkeley National Laboratory successfully developed the anti-radiation-poisoning pill, they hoped it would never have to be used. That’s because the active pharmaceutical ingredient in the pill – a “chelator” – is designed to remove radioactive contaminants from the body in the event of something catastrophic, like a nuclear reactor meltdown or a nuclear attack.

Now the researchers are studying how that very same pill could help to protect people from the potential toxicity of something else – the long-term retention of gadolinium, a critical ingredient in widely used contrast dyes for MRI (magnetic resonance imaging) scans.

“I’ve always been interested in public health applications,” Abergel said, who is also an assistant professor of nuclear engineering at UC Berkeley. “Our current work could help thousands of patients who rely on MRIs to have a better understanding of where a tumor might be located and whether it’s cancerous and has spread to other organs, but are concerned about the potential side effects caused by the retention of gadolinium inside the body.”

Symptoms Without A Cause?

In the U.S. alone, physicians prescribe MRIs to about 30 million patients every year. Unlike medical X-rays, MRI scans take detailed images of the soft-tissue composition of a patient’s organs, such as the heart, liver, kidney, blood vessels, and brain. MRIs can also help to diagnose muscle sprains and torn ligaments.

Whereas X-rays employ high-energy ionizing radiation, MRIs use a large magnet, radio waves, and a computer to cause the hydrogen atoms inside our bodies to emit radio signals that, when detected, are used to create detailed whole-body images of internal organs, muscles, tendons, and bone.

Ever since they became commercially available in the 1980s, MRIs have long been considered to be safe. Some say that the introduction of GBCAs, or gadolinium-based contrast agents, helped to further revolutionize MRIs by improving the visibility of blood vessels within the brain and the heart.

When injected into the body, GBCAs enhance the signal emitted by the body’s hydrogen atoms during an MRI scan, which without a GBCA can become weaker and change direction over time. Nowadays, about a third of all MRIs are performed with a GBCA.

Gadolinium – a silvery-white, rare-earth heavy metal – is one of 15 metallic chemical elements in what is known as the lanthanide series at the bottom of the periodic table. On its own, gadolinium is toxic to the body; so as a contrast agent, gadolinium needs to be bound to a molecule that helps to rapidly clear gadolinium from the body, in particular from the kidneys, through urination.

But in recent years, a growing number of MRI patients have reported feeling unusual symptoms – such as joint pain, body aches, and loss of memory within days and sometimes even hours after an MRI scan. Some patients have also reported long-term chronic side effects such as kidney damage. According to Abergel, those symptoms could be linked to gadolinium, which has been shown to deposit in bones. Other studies have found gadolinium deposits in the brains of MRI patients who were administered GBCAs.

Some patients have suspected that the source of their new illnesses is the GBCA injected into their bodies before undergoing an MRI.

There is currently not enough scientific evidence to prove that there is a link, but Abergel hopes to fill in the gap: “With funding from generous supporters through the Berkeley Lab Foundation, we were able to establish The Marcie Jacobs Fund for Gadolinium Toxicity Research and start investigating how gadolinium interacts with biological molecules and organs. What does gadolinium do that would result in toxicity and observable symptoms in patients?” she said.

When Abergel’s anti-radiation-poisoning pill was approved for its first in-human Phase 1 safety trial in 2014, she and her team noted that the chelator – a HOPO or hydroxypyridinone ligand – lends itself to being administered in a pill, is nontoxic when administered in therapeutic dosages, and is not only highly selective for plutonium and other heavy, radioactive elements (known as actinides), but is also highly selective for lanthanides such as gadolinium.

“So, we thought that we should investigate whether this HOPO chelator could remove gadolinium deposits from MRI patients after the contrast agent has done its job,” she said.

As reported in 2018 in the Nature online publication Scientific Reports, Abergel and her team used animal models to demonstrate that, when compared to conventional chelators such as diethylenetriamine pentaacetic acid or DTPA, their HOPO chelator is many times more effective at removing gadolinium deposits.

“We also found that if we give the drug right before or right after the MRI, we can prevent up to 96% of the gadolinium from depositing,” said Abergel.

The researchers also found that their HOPO chelator is more selective of gadolinium than DTPA. When DTPA binds to gadolinium, for example, it can also bind to and deplete the body of important minerals such as calcium and zinc, she explained.

Abergel and her research team are now looking into which patient populations would be more vulnerable to gadolinium toxicity.

“What would affect larger or smaller gadolinium retention and where does it end up? It depends on how fast you can clear it out, and how well your kidneys function,” she said.

Abergel added that while the HOPO chelator’s development as a medical countermeasure or anti-nuclear-contamination pill has already largely been supported by federal agencies such as the National Institutes of Health and the Biomedical Advanced Research and Development Authority, she and her team have now reached a stage where they need to identify other sources of funding to complete a first clinical safety study for the drug’s development as a gadolinium removal agent.

Chemistry for the Common Good

Abergel’s work on chelators is the latest chapter in a landmark project first conceived more than 35 years ago by Kenneth Raymond, a Berkeley Lab faculty senior scientist and UC Berkeley chemistry professor who worked closely with Berkeley Lab biophysicist Patricia Durbin-Heavey to test a large number of new chelating compounds for the removal of actinides such as plutonium from the body.

“This is the kind of research that could only take place in a national lab setting,” said Abergel. “Here at Berkeley Lab we have access to research facilities that allow us to do this work in a well-controlled, well-implemented, and safe environment. It would be difficult to find all of these capabilities in one place anywhere else.”

Development of HOPO as a medical countermeasure against nuclear threats was supported by the National Institutes of Health and the Biomedical Advanced Research and Development Authority. Subsequent work on gadolinium decorporation was supported by an Innovation Grant from Lawrence Berkeley National Laboratory. These technologies are available for licensing and collaboration. If interested, please contact Berkeley Lab’s Intellectual Property Office, ipo@lbl.gov.

The persistent biological accumulation of gadolinium has been recently recognized as a deleterious outcome in patients administered Gd-based contrast agents (GBCAs) for MRI, prompting the European Medicines Agency to recommend discontinuing the use of over half of the GBCAs currently approved for clinical applications. Using the radiotracer 153Gd to obtain precise biodistribution data, the results herein, supported by speciation simulations, suggest that the prophylactic or post-hoc therapeutic use of 3,4,3-LI(1,2-HOPO) may provide a means to mitigate Gd retention in patients requiring contrast-enhanced MRI.

Researchers at Berkeley Lab have developed a decorporation agent 3,4,3-LI(1,2-HOPO) that is an effective chelator for treating exposure to toxic metals such as gadolinium (Gd), used in contrast agents to improve the diagnostic value of magnetic resonance imaging (MRI), as well as lead (Pb), tin (Sn), and cadmium (Cd).

Sylvain Costes and Rafael Gómez-Sjöberg of Berkeley Lab have invented a technology that will improve screening techniques used by hospitals, pediatric clinics, the nuclear industry, research laboratories, and the military to identify people who may be sensitive to low doses of ionizing radiation emitted by imaging devices such as X-rays and computed tomography (CT) scans, or by nuclear reactors. Unlike genetic assays, which test for the expression of a gene associated with a certain disease, the Berkeley Lab invention uses a functional assay that measures the DNA repair kinetic, or repair rate, in the living cells of a patient’s blood sample.

The Berkeley Lab technology can be modified to develop highly specific chelators of lanthanides or other actinides such as plutonium, uranium, or neptunium. The molecules can be tailored to find and sequester radioactive particles, making them soluble for flushing out of the body. Therefore they could be developed into oral chelating agents for radioactive decontamination. 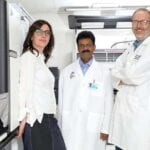 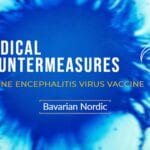