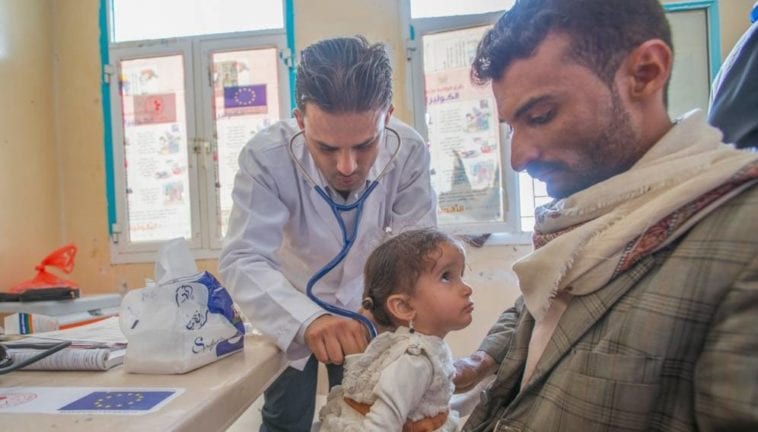 The World Health Organization (WHO) sought to allay fears about the presence of swine flu in Yemen after the war-torn country’s health authorities said a growing outbreak had claimed more than 270 lives in three months.

The Houthi-affiliated health ministry is introducing measures to combat the spread of the H1N1 flu strain across several governorates, only months after declaring an emergency state over outbreaks of dengue and malaria.

According to a report released by the ministry and seen by SciDev.Net, the virus has killed 271 people out of 6,945 suspected of contracting the infection since October 2019.

“We need an appropriate assessment and comprehensive management to avert the crisis, especially as we have received several complaints that hospitals cannot accommodate more cases,”

WHO’s representative in Sanaa, Altaf Musani, confirmed that the number of cases had reached an all-time high since last October. He tried to allay fears of a swine flu outbreak, however, saying it was no more than a “seasonal flu” pattern that will continue until the spring.

The report, entitled “The pandemic status of acute respiratory inflammations”, states that the virus has reached 17 governorates, representing three quarters of the country, with Sanaa, Thamar and Saada the worst affected.

Yemen’s director of epidemiological surveillance Khaled al-Mo’ayad, said: “We have recorded 90 deaths in Sanaa alone.” He told SciDev.Net that the health ministry had announced some containment measures, adding: “We have instructed public and private hospitals to allocate certain departments and beds in intensive care units that are equipped with fluids and Tamiflu medication for free. We have also established full laboratories and entities for surveillance.”

Taha al-Motawakkel, a health minister in the Houthi-affiliated administration, has ordered a high committee to be established, involving representatives of several ministries, as well as a 24/7 operation room, in collaboration with international partners, to tackle the virus.

WHO officials reject the use of the term “swine flu” in reference to the outbreak. Musani uses the term “seasonal flu” that is further categorised into four types, A-D. “The spread pattern of this flu differs from one country to another, as well as death rates, according to the conditions there,” he said.

Islam Hussein, senior researcher in Microbiotix, Inc, a company which specialises in developing antimicrobials, told SciDev.Net: “The term swine flu was not correct in the first place, as the flu does not directly spread from pigs (swine), but the strain passed through several genetic mixing stages, before getting into the final form that attacked humans. This virus is now categorised under viruses causing seasonal flu, and it is one component of seasonal vaccination.”

Whatever term is used, it is not the first time the virus has hit Yemen, however, with records of infections and deaths throughout the past three years. In 2009 and 2010, Yemeni health authorities recorded around 650 swine flu infections and around 40 related deaths.

Ahmed Hassan El-Qa’eesh, head of epidemiological surveillance in Muhweet governorate, said: “The ministry didn’t take it seriously though, and there haven’t been official records as most hospitals reject infected personnel, while dealing with most of them indifferently.”

He said that Sanaa had been the focus for the spread of the virus, adding that most cases have been diagnosed as chest inflammation, with patients dying without discovering that they were infected with the virus.

Meanwhile the country is still battling with an outbreak of dengue fever, with more than 65,000 suspected cases and 245 deaths in 2019, according to official figures.

Musani ruled out that the flu outbreak in Yemen could be an indication of a global pandemic, such as the one in 2009-2010, saying that the current situation points to a normal increase in cases in the Middle East and North Africa region.

But Al-Mo’ayad warned that the health and economic status of the country is critical, creating a suitable environment for the virus to thrive. “We need an appropriate assessment and comprehensive management to avert the crisis, especially as we have received several complaints that hospitals cannot accommodate more cases.”

Al-Qa’eesh also believes that the situation is “very risky”, as the virus is capable of “totally destroying the lung in three days if patients couldn’t find timely medical care”. He says official statements ignore the reality on the ground, adding: “Medical capacities are very weak and insufficient.”

There have been suspected and confirmed category A flu cases in several countries, including Saudi Arabia, Oman and Jordan, but “no abnormal cases”, according to a WHO statement on 18 December, 2019. Categories A and B are the ones which cause seasonal epidemics.

Virus H1N1, category A, spreads easily among humans, through coughing, sneezing, hand contact, or touching surfaces infested with the virus. To prevent infection, WHO advises patients to cover their mouths and noses, stay at home when feeling sick, wash their hands regularly and keep a distance from healthy individuals.

Dire conditions in Yemen throughout the war have led to the deaths of many infected people in their homes, “due to poverty and incapability to access medical care”, said health ministry spokesman Youssef al-Hadry, adding: “What makes things worse is the similarity between symptoms of different categories of the flu, which leads to ignoring infected people and not taking appropriate measures at the right time.”

He believes the outbreak “shouldn’t cause any worries as it can be contained through vaccination”, but admits that, in a country reeling from the effects of war, accessing vaccination could be hard and warns that this could only worsen the country’s health crisis.

This article is republished with permission of SciDev.Net. Read the original article. 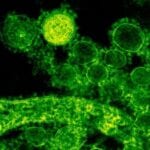 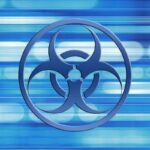