A team of Johns Hopkins experts has created a clinical guidebook to help hospitals and medical centers rapidly scale up their ability to deliver so-called convalescent plasma therapy, which leverages immune system components found in the plasma portion of blood from people who have recovered from COVID-19 illness.

The guidebook was published online April 7 in the Journal of Clinical Investigation.

In recent weeks, infectious disease expert Arturo Casadevall, M.D., Ph.D., has led a team of physicians and scientists from around the United States to establish a network of hospitals and blood banks that can begin collecting, isolating and processing blood plasma from COVID-19 survivors.

“This paper details the nuts and bolts of how to deploy convalescent plasma, and this information should be very helpful to colleagues worldwide who are preparing to use this therapy against COVID-19,” says Casadevall, a Bloomberg Distinguished Professor who holds joint appointments in the Johns Hopkins Bloomberg School of Public Health and the Johns Hopkins University School of Medicine.

The guidebook outlines a range of clinical trials underway or planned at hospitals taking part in the Johns Hopkins-led network for convalescent plasma therapy.

Among the protocols outlined in the guide are criteria for eligible donors of blood plasma, how hospitals can mobilize donors and work with local and national blood centers, methods for prescreening donors, and the risks and potential benefits of the therapy.

“We’ve received many inquiries from health care providers looking to ramp up their ability to deliver this therapy,” says Evan M Bloch, M.D., M.S. an associate professor of pathology at the Johns Hopkins University School of Medicine who is part of the team working on convalescent therapy. “There is historical precedent for its use to prevent and treat viral illness. However, during the chaos of an epidemic, the therapy is often deployed without rigorously studying its effects. Carefully conducted studies are critically needed to understand which people are most likely to benefit from this therapy and how best to apply it to optimize that benefit.”

Bloch, also an expert on global health, says convalescent blood plasma therapy can be deployed in low-resource communities. There is a difference, however, in how blood plasma may be collected in communities with low versus high resources.

He says high-resource communities typically rely on apheresis machines to remove a donor’s blood, filter the plasma from it, and return the rest of the blood, plus a replacement for the collected plasma (i.e. a protein called albumin), back to the donor. Using the apheresis method, a single donor could produce enough plasma to potentially benefit up to three other people.

In low-resource communities where apheresis machines may be unavailable, the output of plasma would be less per donor. This is because doctors have to perform a typical whole blood donation from the donor and manually separate the plasma in a laboratory by using a centrifuge machine or letting gravity separate the blood products.

Among the most common challenges to scaling up convalescent blood plasma therapy, Bloch says, is rapidly developing in-house testing for whether the blood plasma of donors contains key antibodies the immune system needs to recognize and help destroy the virus in the body. There are also logistical challenges associated with identifying donors and performing repeat COVID-19 nasal swab tests for the virus in them.

“This field is moving so fast that a problem today is solved tomorrow,” says Bloch. “We aimed to publish a baseline document that can serve hospitals globally. It will, undoubtedly, evolve.”

A new two-part research initiative at Penn Medicine was announced on Apr. 19 in which plasma will be collected from recovered COVID-19 patients and then administered to moderately and severely ill hospitalized patients.

The first trial will include 50 patients and take up to four months to complete. Up to two units, or 500 milliliters, of plasma will be given to each patient enrolled in the trial.

Two recent papers have shown positive results among critically-ill COVID-19 patients treated with convalescent plasma therapy. One study of ten severely-ill COVID-19 patients in Wuhan, China determined that one unit –200 milliliters–of convalescent plasma led to the improvement of clinical symptoms within three days and the disappearance of the virus from the blood in seven days. The study authors said results indicate the therapy is a promising rescue option for severely ill patients. Another study from China similarly showed clinical improvement among five critically-ill patients with COVID-19 and Acute Respiratory Distress Syndrome (ARDS). However, both were uncontrolled, observational studies describing small groups of participants.

“Because we will be using plasma collected at Penn in the clinical trials, we are going to know detailed information about the connection between the donor plasma and its effect on the patient recipient,” said Don Siegel, MD, PhD, a professor of Pathology and Laboratory Medicine and director of Transfusion Medicine and Therapeutic Pathology. “We’ll learn how to detect the presence and type of antibodies in a given plasma unit, how the patient did after receiving that particular unit, and hopefully be able to complete our understanding of the role passive immunity plays in treating our patients.”

The University of Chicago Medicine announced on Apr. 13 a clinical trial to study whether blood plasma from people who have recovered from COVID-19 can be used to treat patients who are still in the hospital with severe disease symptoms.

The trial will recruit plasma donors from existing UChicago Medicine patients and from other people in Chicago who have tested positive and recovered from COVID-19. The initial study will investigate only the safety and feasibility of procedures for identifying donors, collecting plasma donations and administering transfusions. Further study of the effectiveness of such a treatment will require additional trials.

“This trial is just the first step, but hopefully it will help us determine if plasma transfusions can be a treatment for critically ill patients with COVID-19,” said Maria Lucia Madariaga, MD, a general thoracic and lung transplant surgeon at UChicago Medicine who is leading the clinical trial.

The researchers will recruit adults in Chicago who have tested positive for and recovered from COVID-19 to donate blood and participate in the study. Those interested in participating in the study and donating plasma may visit the COVID-19 convalescent plasma study website at https://is.gd/donateplasma, email plasma@uchospitals.edu or call 773-702-5526. 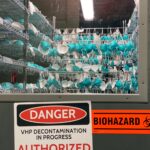 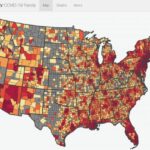