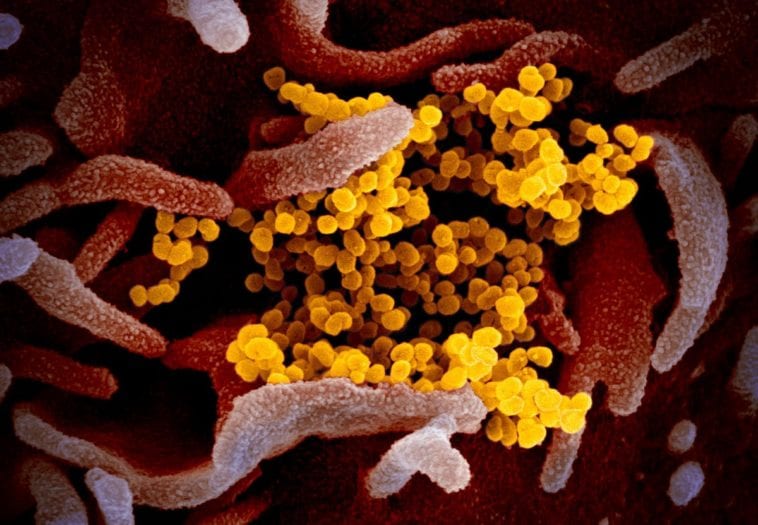 This scanning electron microscope image shows SARS-CoV-2 (yellow)—also known as 2019-nCoV, the virus that causes COVID-19—isolated from a patient in the U.S., emerging from the surface of cells (pink) cultured in the lab. Credit: NIAID-RML

In an open letter to a top Trump Administration official, 77 Nobel prize-winning American scientists say they are “gravely concerned” about the recent abrupt cancellation of a federal grant to a U.S. non-profit that was researching coronaviruses in China. The laureates say that the move “sets a dangerous precedent by interfering in the conduct of science” and “deprives the nation and the world of highly regarded science that could help control one of the greatest health crises in modern history and those that may arise in the future.” 1

On 24 April, NIH informed the nonprofit EcoHealth Alliance, led by wildlife disease specialist Peter Daszak, that it was ending a grant, first awarded in 2014 and renewed in 2019, because it no longer aligned with the agency’s priorities. The move came after Conservative U.S. politicians and media suggested—without evidence—that the coronavirus causing the pandemic escaped from a laboratory in Wuhan, China, that employs a Chinese virologist who had received funding from the grant. The termination also came 1 week after President Donald Trump, when asked about the project at a press conference, said: “We will end that grant very quickly.”2

Thirty-one scientific societies have also written to Collins, calling on NIH “to be transparent about their decision-making process on this matter. … The action taken by the NIH must be immediately reconsidered.”2

Peter Daszak noted that his group has not just lost the ability to look for new viruses in China. They have also lost access to the vast collection of distinct coronavirus samples already collected. These include around 50 from a category that caused the 2002 outbreak of severe acute respiratory syndrome, or SARS, and, now, the COVID-19 pandemic.1

Richard J. Roberts, of New England Biolabs, who organized the letter from the laureates pointed out the importance of researching the presence of coronaviruses in bats at a time when the world is suffering a pandemic from a coronavirus: “If we’re going to cut off funds to someone who is so important in our fight against the coronavirus, where’s it going to stop?” 3 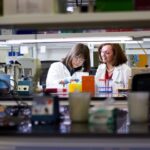