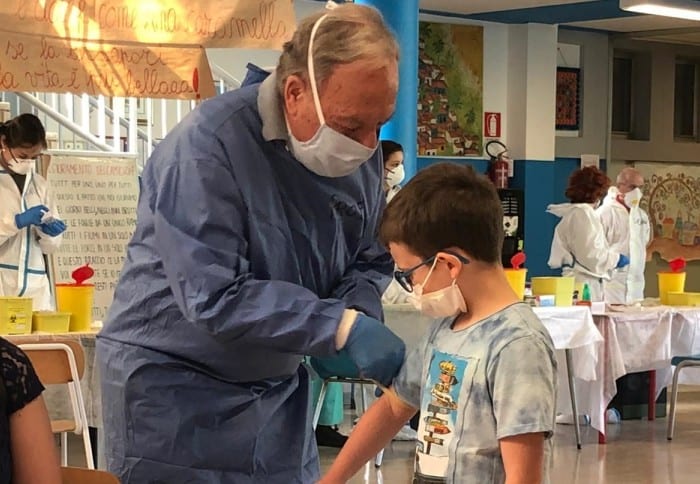 A study of COVID-19 in the quarantined Italian town of Vò, where most of the population was tested, reveals the importance of asymptomatic cases.

The authors of the new research, from the University of Padova and at Imperial College London, published today in Nature, suggest asymptomatic or pre-symptomatic people are an important factor in the transmission of COVID-19. They also argue that widespread testing, isolating infected people, and a community lockdown effectively stopped the outbreak in its tracks.

The town of Vò, with a population of nearly 3,200 people, experienced Italy’s first COVID-19 death on 21 February 2020. The town was put into immediate quarantine for 14 days. During this time, researchers tested most of the population for infection of SARS-CoV-2, the virus that causes COVID-19, both at the start of the lockdown (86 percent tested) and after two weeks (72 percent tested).

The testing revealed that at the start of the lockdown, 2.6 percent of the population (73 people) were positive for SARS-CoV-2, while after a couple of weeks only 1.2 percent (29 people) were positive. At both times, around 40 percent of the positive cases showed no symptoms (asymptomatic). The results also show it took on average 9.3 days (range of 8-14 days) for the virus to be cleared from someone’s body.

As a result of the mass testing any positive cases, symptomatic or not, were quarantined, slowing the spread of the disease and effectively suppressing it in only a few short weeks.

A Model for Suppressing Transmission

Co-lead researcher Professor Andrea Crisanti, from the Department of Molecular Medicine of the University of Padua and the Department of Life Sciences at Imperial, said: “Our research shows that testing of all citizens, whether or not they have symptoms, provides a way to manage the spread of disease and prevent outbreaks getting out of hand. Despite ‘silent’ and widespread transmission, the disease can be controlled.”

The results of the mass testing programme in Vò informed policy in the wider Veneto Region, where all contacts of positive cases were offered testing. “This testing and tracing approach has had a tremendous impact on the course of the epidemic in Veneto compared to other Italian regions, and serves as a model for suppressing transmission and limiting the virus’ substantial public health, economic and societal burden,” added Professor Crisanti.

As well as identifying the proportion of asymptomatic cases, the team also found that asymptomatic people had a similar ‘viral load’ – the total amount of virus a person has inside them – as symptomatic patients.

Viral load also appeared to decrease in people who had no symptoms to begin with but later developed symptoms, suggesting that asymptomatic and pre-symptomatic transmission could contribute significantly to the spread of disease, making testing and isolating even more important in controlling outbreaks.

Co-lead researcher Dr Ilaria Dorigatti, from the MRC Centre for Global Infectious Disease Analysis, Jameel Institute (J-IDEA), at Imperial College London, said: “The Vò study demonstrates that the early identification of infection clusters and the timely isolation of symptomatic as well as asymptomatic infections can suppress transmission and curb an epidemic in its early phase. This is particularly relevant today, given the current risk of new infection clusters and of a second wave of transmission.

“There are still many open questions about the transmission of the SARS-CoV-2virus, such as the role of children and the contribution of asymptomatic carriers to transmission. Finding answers to these questions is crucial to identifying targeted and sustainable control strategies to combat the spread of SARS-CoV-2 in Italy and around the world.”

“The result concerning asymptomatic carriers is key. We took a picture of the Vò population and found that about half of the population testing positive had no symptoms at the time of testing and some of them developed symptoms in the following days,” said Professor Enrico Lavezzo, from the Department of Molecular Medicine at the University of Padua. “This tells us that if we find a certain number of symptomatic people testing positive, we expect the same number of asymptomatic carriers that are much more difficult to identify and isolate.

“The fact that the viral load is comparable between symptomatic and asymptomatic carriers means even asymptomatic infections have the potential to contribute to transmission, as some of the reconstructed chain of transmission obtained from the detailed contact tracing conducted in ;Vò confirmed.

‘Suppression of a SARS-CoV-2 outbreak in the Italian municipality of Vo’’ by Enrico Lavezzo et al is published in Nature. 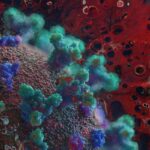 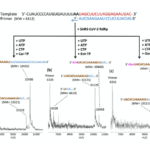