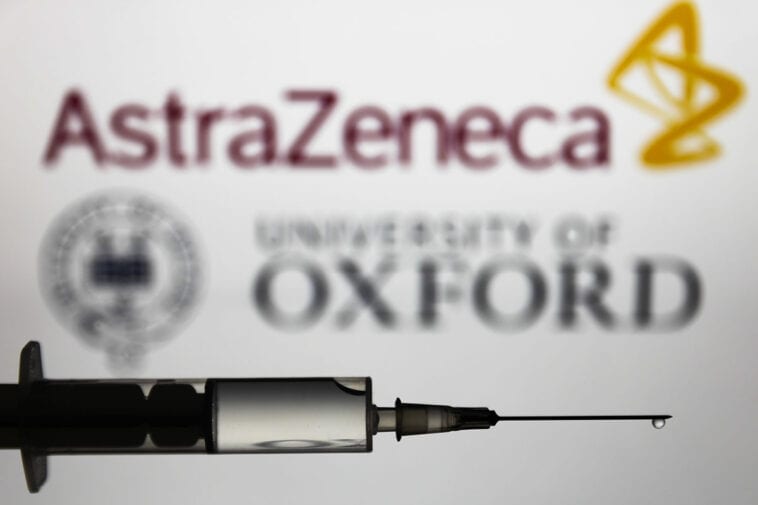 The biopharmaceutical company AstraZeneca has released data on what is now the third promising vaccine candidate against COVID-19 – and it has several advantages over those of its competitors, Pfizer and Moderna.

On Monday, AstraZeneca released interim analysis of its phase 3 trial data of 23,000 volunteers from the U.K. and Brazil. These results show that the test vaccine is between 70% and 90% effective in stopping COVID-19, depending on the vaccine doses administered. Although less effective than the reported results from the Pfizer or Moderna COVID-19 vaccine candidates, this vaccine is still more effective than annual influenza vaccines that reduce the risk of flu by between 40% and 60%. Notably none of the vaccinated participants needed hospitalizations or reported severe disease.

Like most vaccine experts, I am intrigued by large differences in effectiveness between two tested dosages of AstraZeneca’s vaccine. Until March, I was developing vaccine candidates against Zika and dengue. Now I am coordinating a large crowd-sourced international effort to better understand the scope and severity of COVID-19 in cancer patients. The COVID-19 vaccine trials generally exclude most people with a history of cancer, so I am eagerly awaiting vaccine efficacy data for this risk group when these vaccines become widely available.

AstraZeneca’s vaccine was originally planned to be given in two full doses, four weeks apart, as injections in the upper arm. A third of the volunteers were injected with a dummy saline placebo.

One of the few details that AstraZeneca released is that of 131 cases of COVID-19, only 30 cases were detected among 11,636 who were given the vaccine; 101 cases occurred among the volunteers who got the placebo. That suggests that the vaccine is 70% effective overall.

However, an error in the early stages of the trial meant that some participants received only a half-dose in the first round. In the group of 2,741 volunteers who received a lower dose of the vaccine candidate followed a month later by a full booster dose, the efficacy was 90%, according to AstraZeneca. The efficacy was only 62% among the 8,895 volunteers who received both full doses.

It is not clear why the half-dose plus the full dose sequence of the vaccine performs better than two full doses. One explanation could be that since the vaccine is based on a common, although nonhuman, cold virus, the immune system probably attacks and destroys it when the first dose is too large.

It is also possible that progressively increasing the dose more closely mimics a natural coronavirus infection. Beginning with a lower first dose might be a better way of kicking the immune system into action; then a stronger, more effective immune response occurs after the second full booster dose. Despite enormous progress in human immunology, scientists still don’t understand the best strategies for inducing protective immunity.

These results are based on the evaluation of about one-third of volunteers who are expected to participate in this trial, which is ongoing in other parts of the world and will enroll up to 60,000 people.

AstraZeneca will now seek approval from the FDA to also evaluate the half-dose protocol in the ongoing U.S. trial. The current trial involves 30,000 participants and is evaluating only the two full-dose regimen. AstraZeneca’s trials in the U.S. were halted temporarily in early September after a study participant in the U.K. fell ill, but resumed in the U.K., Brazil, South Africa and Japan.

The Oxford-AstraZeneca vaccine is another example of a new strategy being used to rapidly develop vaccines against the coronavirus that has already infected over 58 million people worldwide.

A vaccine works as a primer to train the immune system against a pathogen.

Conventional vaccines are made by weakened viruses or by purifying their disease-causing protein, such as the spike protein, which decorates the surface of a coronavirus. But these methods can take decades to develop new vaccines. Coinvented by the University of Oxford and its spinout company, Vaccitech, this vaccine uses different molecular tools to provide a preview of the SARS-CoV-2 virus to the human body.

Instead of making weaker viruses, or delivering mRNA that encodes the spike protein, as Moderna and Pfizer did, the Oxford vaccine packs the DNA that codes for the spike protein in the shell of a genetically altered chimpanzee virus.

The original adenovirus causes common cold in chimpanzees and it rarely, if ever, infects humans. The virus is further modified to ensure that this chimp virus cannot grow in people. The AstraZeneca vaccine uses the modified virus as a vehicle to deliver the COVID-19-causing spike or S-protein of the SARS-CoV-2 virus.

Under the agreement with the University of Oxford, AstraZeneca is responsible for development, worldwide manufacturing and distribution of the vaccine.

This isn’t the first time that University of Oxford scientists have tried a vaccine using this harmless virus. Previously, it tested the concept against a closely related coronavirus that causes Middle East respiratory syndrome (MERS) in animal studies. So this time, soon after the sequence of the novel SARS-CoV-2 became available, the Oxford scientists retooled the chimp virus for a vaccine that induced robust immune response against SARS-CoV-2 in mice and rhesus macaques.

Despite a somewhat later arrival, with less than the effectiveness claimed by its competitors, AstraZeneca’s vaccine might be favored because it can be stored, transported and handled at standard refrigerated conditions of between 36 and 46 degrees Fahrenheit for at least six months.

The competing mRNA vaccines by Moderna and Pfizer/BioNTech require ultracold temperatures for stability. So the AstraZeneca vaccine will be easier to use in normal clinics, especially in rural America and the developing world.

Another important advantage of the AstraZeneca vaccine, which is being tested in collaboration with a larger number of global sites, is that it should cost less because of AstraZeneca’s commitment to COVAX, a global initiative that aims to distribute low-cost vaccines to low- and middle-income countries. Pfizer and Moderna have not joined the COVAX initiative, but AstraZeneca has agreed to make the vaccine on a not-for-profit basis for the duration of the pandemic.

However, like all other candidate vaccines for COVID-19, AstraZeneca’s vaccine is also lacking in key details such as the breakdown in infections, the durability, or the efficacy in the different age groups of trial participants.

For all the vaccine candidates, we have only preliminary data from a small number of infections, and none of the groups developing the COVID-19 vaccine candidates has so far published complete data. So it is difficult to fully assess the differences between them.

We will have to wait for more follow-up and longer-term data to evaluate the effectiveness of all the COVID-19 vaccines in finally getting the COVID-19 pandemic under control.

Sanjay Mishra is a Project Coordinator & Staff Scientist at Vanderbilt University Medical Center. Mishra receives funding from the National Institutes of Health (NIH) through his employer. Sanjay is the project coordinator for the “COVID-19 and Cancer Consortium”, (CCC19) consisting of over 125 cancer centers and other organizations that have come together to collect data about cancer patients who have been infected with COVID-19. Previously, Sanjay worked as a postdoctoral fellow in Dr. Ivelin Gerorgiev’s lab, where he tried to develop vaccine candidates against Zika and Dengue. He did his Ph.D. from Vanderbilt University in Chemical and Physical Biology, studying small heat shock proteins (sHSPs) for their role in the stress response and aging. Using protein engineering and CRISPR knockout strategies, Sanjay showed that sHSPs have conserved roles among vertebrates, and sHSPs have evolved possibly under the organellar and organismic proteostatic demands. When not in lab, Sanjay moonlights as a popular science writer. 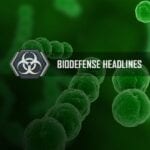 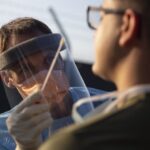