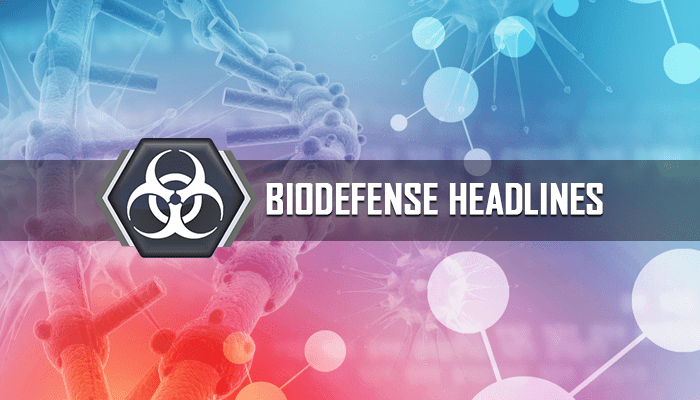 This week’s selections include a setbacks and milestones in the COVID-19 vaccine journey; a more nimble approach to stockpile management; and strain on testing-lab workers reaches a breaking point.

A seminal moment in the effort to curb the pandemic, that has so far infected an estimated 16 million people and killed nearly 300,000 in the United States, the FDA granted the first EUA for a COVID-19 vaccine on Friday. The rollout is expected to be complex, and there remain concerns about vaccine makers’ ability to scale up manufacturing to meet demand. Still, distribution of a vaccine less than a year after the emergence of an unknown pathogen is widely considered a feat once thought impossible. STAT and Washington Post

Hours before the FDA authorized the first COVD-19 vaccine late Friday, a high-ranking White House official told the agency’s chief Stephen Hahn he could face firing if the vaccine was not cleared by day’s end, two administration officials said. Even with an FDA approval decision expected within hours, Trump and his deputies proved unwilling to respectfully let regulators do their jobs, which includes drafting safety warning labels and instructions for physicians. Associated Press

A Call for WHO to Post Data on Health Care Worker Infections, Deaths

The WHO does not currently post on their COVID-19 website the number of HCW infections and deaths by country. These authors call on the WHO Director-General to make this information available on their COVID-19 website and catalyze collection of nation-by nation reporting to focus attention on this ongoing tragedy, highlight PPE gaps and disparities and the steps to be taken to stop it. International Journal of Infectious Diseases

In a fourth amendment issued last week, HHS has expanded access to COVID-19 Covered Countermeasures through telehealth and clarified the scope of liability protections provided by the Public Readiness and Emergency Preparedness Act (PREP Act). State licensure has been extremely burdensome for telehealth providers. Generally, a provider must be licensed in the state in which a patient is located at the time of the telehealth visit, unless a licensure exception applies. National Law Review

The global chemical weapons watchdog OPCW criticized Syria for failing to declare a chemical weapons production facility and respond to 18 other issues at the U.N. Security Council’s monthly meeting on Syria’s chemical weapons, where the director-general of the OPCW briefed members for the first time since May and was pummeled with questions from Russia’s U.N. Ambassador. ABC News

Low event rate assumptions on the part of leading vaccine trials have been criticized as fostering an impression that vaccines are being tested on people at low risk of getting COVID-19—and even lower risk of severe disease — who may be unrepresentative of populations prioritized to receive an approved vaccine. A suboptimal vaccine that reduces disease but does not reduce transmission would not decrease disease prevalence if distributed inequitably — such a vaccine would have little impact if vaccine hesitancy is high in groups at high risk. The Lancet

The “molecular clamp” technology behind the Australian vaccine used a small fragment of an HIV protein to add stability to the intended antibody target, the spike protein of the pandemic coronavirus SARS-CoV-2. Although the added component didn’t represent an actual infection with HIV, some people in safety trials generated antibodies to the AIDS virus. The vaccine developers and the Australian government concluded a widespread rollout of the candidate would interfere with HIV diagnostic tests.  Science

JCVI review of the unpublished Phase 1, 2 and 3 safety and efficacy data for the Pfizer/BioNTech mRNA vaccine resulting in recommendation for a Phase 1 priority group directed at mortality reduction (largely age-based) and support of health care workers in the NHS and social care system. Phase 2 expands to include those at high risk of exposure or delivering key public services. Joint Committee on Vaccination and Immunisation

As health officials from rural areas prepare to vaccinate people scattered over thousands of miles in what could be the most complex such campaign in U.S. history, they face the additional challenge of finding enough dry ice to keep a Pfizer vaccine that must be stored at sub Arctic temperatures (-70°C/-94°F) from spoiling. Reuters

Inadequate results in older adults in Sanofi’s Phase 1/2 trial will push the timeline for deployment of the vaccine — if it is approved — into the second half of 2021. Dose-response appeared adequate to produce neutralizing antibodies in adults aged 18 to 49, but not in older patients. Reformulating for higher vaccine dose will delay the plan to start a Phase 3 trial this month. The vaccine landscape is changing daily and placebo-controlled trials may not be feasible for much longer, with the first vaccines soon to be deployed. STAT

Producers are expected to only make two million doses of the vaccine by the end of the year. Developers say it is 95% effective and causes no major side effects, but it is still undergoing mass testing. BBC

To Stop a Pandemic: A Better Approach to Global Health Security

Many countries have failed to fulfill their obligations under International Health Regulations (IHR), which are also limited by their lack of teeth. The shortcomings brought to light by COVID-19 have led to renewed calls for strengthening the IHR. High on the reform list are surveillance and reporting, and sharing of emerging pathogen samples. As challenging as COVID-19 has been, there are even worse scenarios out there. Foreign Affairs

The pandemic should be a wake-up call for India to assess gaps in its public health infrastructure and divert its resources toward the healthcare sector to prepare itself for both natural and man-made biological emergencies. India could consider investing in an agency that can coordinate policy responses for any biological emergency. A full-time Office of Biological Threats Preparedness and Response (BTPR) under the National Disaster Management Authority (NDMA) is being suggested as an alternative. Carnegie Endowment

The Future of the U.S. National Stockpile Isn’t a Bigger Stockpile

If the national stockpile were to hold enough N95 masks for the 1918 influenza pandemic, adjusted for today’s population, it would have 3.5 billion, which would fill up every warehouse in the U.S. The stockpile must evolve toward embracing the modern-day logistics of supply and demand. Bloomberg Businessweek

COVID-19 is wreaking havoc on the diplomatic disarmament and arms control agendas for 2020. Major rescheduling has impacted the Chemical Weapons Convention (CWC) meetings and Biological and Toxin Weapons Convention (BTWC), with the BWC States Parties Meeting of Experts being recently postponed to not earlier than April 2021. The Trench

Revisiting this article from 15 years ago from the lens of a present-day pandemic: “Despite the billions of dollars that the United States is spending on biodefense, well-informed critics feel that little real progress has been made. Vaccines and antidotes remain in short supply, local officials have not developed plans to distribute medical supplies in a timely manner to citizens, and hospitals do not have the capacity to handle a sudden surge in patients.” Bulletin of the Atomic Scientists

Phage-based detection of biodefense related bacterial pathogens pathogens is still not commonplace and has relied on conventional culture-based plaque assays. Recent more modern rapid approaches include detection of genomic or protein components that exploit the amplification of these components during the active growth of phages inside a given bacterium. Other approaches use reporter phages or very rarely sensor-based approaches. Viruses

Fears of a ‘Twindemic’ Recede as Flu Lies Low

Measures to control the COVID-19 pandemic are keeping flu activity very low this season in the U.S. so far. Of 232,452 swabs from across the country that have been tested for flu, only 496, or 0.2 percent, have come up positive.  Southern Hemisphere countries experiencing peak flu winter from June-August usually help “reseed” influenza viruses in the Northern Hemisphere – but New Zealand and Australia were largely locked down to noncitizen travel this year. NY Times

Based on data from 14 participating states, age-adjusted COVID-19–associated mortality among American Indians/Alaska Natives (AI/ANs) was 1.8 times that among non-Hispanic Whites. Among AI/ANs, mortality was higher among men than among women, and the disparity in mortality compared with non-Hispanic Whites was highest among persons aged 20–49 years. Morbidity and Mortality Weekly Report

‘Nobody Sees Us’: Testing-Lab Workers Strain Under Demand

America’s diagnostic infrastructure is grappling with burnout. Experts warn that the most severe shortage stymieing America’s capacity to test is not one that can be solved by a wider production line or a more efficient machine. It is a dearth of human power: the dwindling ranks in a field that much of the public does not know even exists. NY Times 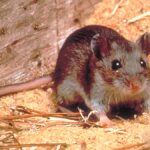 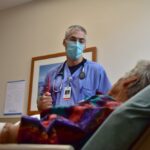