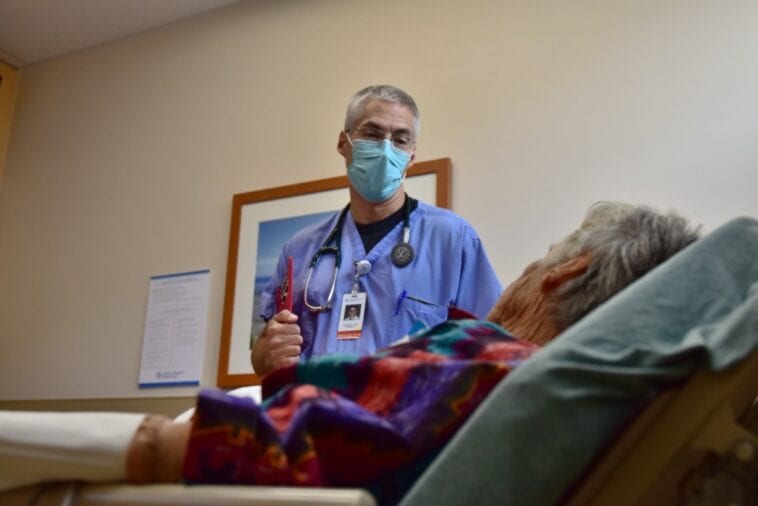 If there’s such a thing as a date with destiny, it’s marked on Dr. Taison Bell’s calendar.

At noon Tuesday, Bell, a critical care physician, is scheduled to be one of the first health care workers at the University of Virginia Health System to roll up his sleeve for a shot to ward off the coronavirus.

“This is a long time coming,” said Bell, 37, who signed up via hospital email last week. “The story of this crisis is that each week feels like a year. This is really the first time that there’s genuine hope that we can turn the corner on this.”

For now, that hope is limited to a chosen few. Bell provides direct care to some of the sickest COVID-19 patients at the UVA Health hospital in Charlottesville, Virginia. But he is among some 12,000 “patient-facing” workers at his hospital who could be eligible for about 3,000 early doses of vaccine, said Dr. Costi Sifri, director of hospital epidemiology.

“We’re trying to come up with the highest-risk categories, those who really spend a significant amount of time taking care of patients,” Sifri said. “It doesn’t account for everybody.”

Even as the federal Food and Drug Administration engaged in intense deliberations ahead of Friday’s authorization of the Pfizer and BioNTech COVID vaccine, and days before the initial 6.4 million doses were to be released, hospitals across the country have been grappling with how to distribute the first scarce shots.

An advisory committee of the Centers for Disease Control and Prevention has recommended that top priority go to long-term care facilities and front-line health care workers, but the early allocation was always expected to fall far short of the need and require selective screening even among critical hospital workers.

Hospitals in general are advised to target the members of their workforce at highest risk, but the institutions are left on their own to decide exactly who that will be, Colin Milligan, a spokesperson for the American Hospital Association, said in an email.

“It is clear that the hospitals will not receive enough in the first weeks to vaccinate everyone on their staff, so decisions had to be made,” Milligan wrote.

At Intermountain Healthcare in Salt Lake City, the first shots will go to staff members “with the highest risk of contact with COVID-positive patients or their waste,” said Dr. Kristin Dascomb, medical director of infection prevention and employee health. Within that group, managers will determine which caregivers are first in line.

At UW Medicine in Seattle, which includes Harborview Medical Center, one early plan called for high-risk staff to be selected randomly to receive first doses, said Dr. Shireesha Dhanireddy, medical director of the infectious disease clinic. But the University of Washington hospital system expects to receive enough doses to vaccinate everyone in that high-risk tier within two weeks, so randomization isn’t necessary — for now.

“We are allowing people to schedule themselves,” Dhanireddy said, and encouraging staffers to be vaccinated near the end of their workweeks in case they have reactions to the new vaccine.

Trial results have shown the shots frequently produce side effects that, while not debilitating, could cause symptoms such as fever, muscle aches or fatigue that might keep someone home for a day or two.

“We want to make sure that not everybody has the vaccine on the same day so that if there are some side effects, we don’t end up being short-staffed,” said Sifri, of UVA Health, noting that guidelines call for no more than 25% of any unit to be vaccinated at once.

At UVA Health, once the initial 3,000 doses are distributed, the hospital plans to rely on what Sifri described as “a very strong honor code” to allow staff members to decide where they should be in line. They’ve been asked to consider professional factors, like the type of work they do, as well as personal risks, such as age or underlying conditions like diabetes.

That plan was chosen after health care staff members soundly rejected other options. For instance, few favored a proposal to allocate dosages via a lottery, like the chaotic birthday-based system depicted in the 2011 pandemic horror film “Contagion.” “That was the biggest loser,” he said.

Hospital officials also stressed they are trying to devise distribution plans that ensure vaccines are allocated equitably among health care workers, including the social, racial and ethnic groups that have been disproportionately harmed by COVID-19 infections. That requires thinking beyond front-line doctors and nurses.

At UVA Health, for example, one of the first groups invited to get shots will be 17 workers whose job is to clean rooms in the special pathogens unit where severe COVID cases are treated.

In many cases, it will be clear who should go first. For instance, although Dhanireddy is an infectious disease doctor who consults on COVID cases, she is happy to wait to be vaccinated. “I wouldn’t put myself in the first group at all,” she said. “I think that we need to protect our staff that are really right there with them most of the day — and that’s not me.”

But hospitals must remain vigilant about relying on workers to prioritize their own access, Dhanireddy cautioned. “Sometimes, self-selection works more for self-advocacy,” she said. “It’s great that some individuals say they would defer to others, but sometimes that’s not actually the case.”

For some health care workers, not being first in line for vaccination is fine. Because the vaccine initially has been authorized only for emergency use, hospitals won’t require employees to be inoculated as part of this first round. Between 70% and 75% of health care staff at UVA Health and Intermountain Health would accept a COVID vaccine, internal surveys showed. The rest are unsure — or unwilling.

“There are some that will be immediate acceptors and some who will want to watch and wait,” Dascomb said.

Still, hospital officials say they’re confident that those who want the vaccine won’t have to wait long. Enough doses for roughly 21 million health care personnel should be available by early January, according to CDC officials.

Bell, the critical care doctor, said he’s grateful to be among the first to receive the vaccine, especially after his parents, who live in Boston, both contracted COVID-19. He has posted about his upcoming appointment on Twitter and said he and other health care workers who are among the first in line should be public about the process.

“We’ll serve as an example that this is a safe and effective vaccine,” he said. “We’re letting it go into our bodies. You should let it go into yours, too.”

JoNel Aleccia is a Senior Correspondent focused on aging and end-of-life issues on the KHN enterprise team. Before joining KHN in November 2016, she was a health reporter for more than a decade, covering regional and national news at outlets including The Seattle Times, NBCNews.com, TODAY.com and MSNBC.com. Before that, she was a reporter, editor and columnist at newspapers in the Northwest. JoNel was a member of reporting teams that won National Press Club Awards for digital journalism focused on the Great Recession and on amputees in the 2010 earthquake in Haiti.

This story is courtesy of Kaiser Health News, a national health policy news service. It is an editorially independent program of the Henry J. Kaiser Family Foundation. This article also ran on NBC News. 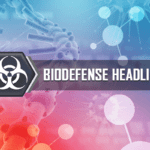 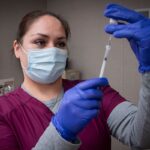