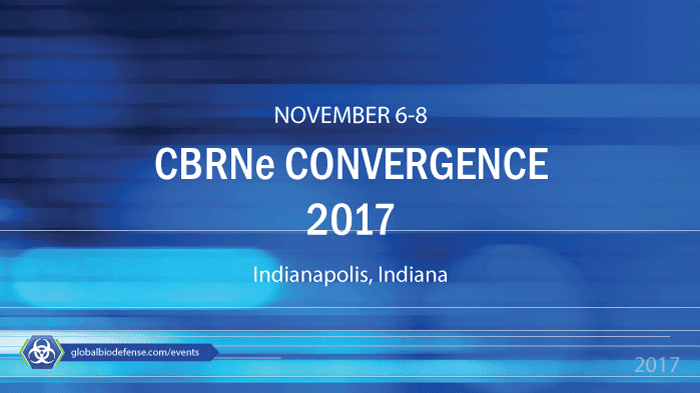 The CBRNe Convergence 2017 Congress & Exhibition will be held November 6-8, 2017 in Indianapolis, Indiana.

Organized by the experienced team from CBRNe World magazine, this 10th iteration draws leading experts and global stakeholders in CBRNe and hazmat response.

Attendees will hear how recent research, equipment development, and lessons learned are improving defense and response capabilities across the community.

In addition to the pre-conference workshop, two day streamed conference of over 35 expert speakers, poster sessions and accompanying exhibition of the latest CBRN, EOD and hazmat technology, the venue benefits from a large outdoor space where attendees can view a dynamic demonstration of US CBRNe and hazmat capabilities as well as a static display of equipment and systems from a range of agencies involved in responding to a CBRNe and hazmat threats.

Global Biodefense is an official media partner of CBRNe Convergence 2017.