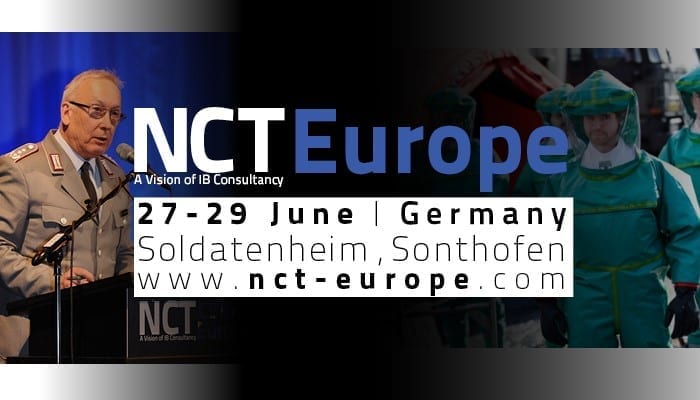 The Non-Conventional Threat NCT Europe 2017 conference and exhibition will be held June 27-29, 2017 in Sonthofen, Germany.

The three-day event will be opened by a multinational CBRN/C-IED/EOD demonstration led by the German, Austrian, Dutch, French and Swiss Armed Forces, followed by two days of conferences, as well as a large indoor and outdoor industry exhibition.

Global Biodefense is an official media partner of NCT Europe 2017.