Preventing Pandemics and Bioterrorism: Past, Present, and Future 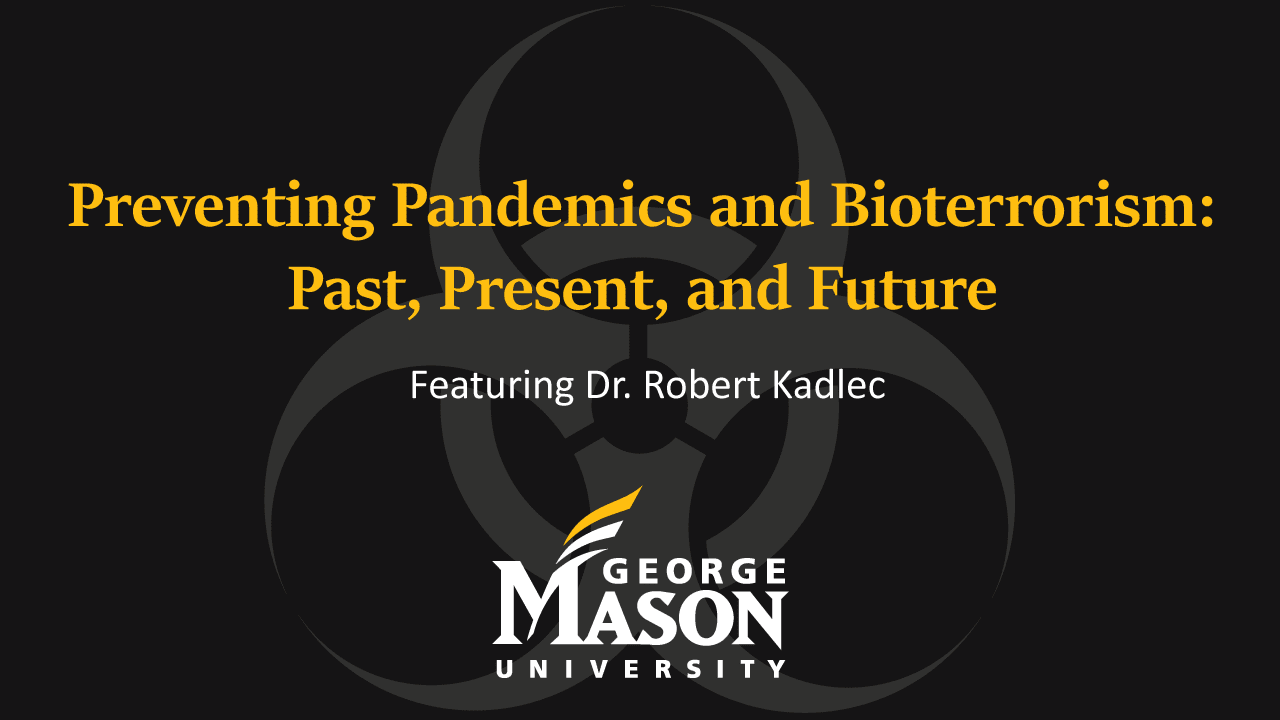 Hear from Dr. Kadlec about lessons learned for pandemic preparedness since the 1918-1919 influenza pandemic, plans for implementing the new National Biodefense Strategy, and the importance of education for the future of biodefense.

Dr. Kadlec spent more than 20 years as a career officer and physician in the United States Air Force before retiring as a Colonel. Over the course of his career, he has held senior positions in the White House, the U.S. Senate, and the Department of Defense. Most recently, he served as the Deputy Staff Director to the Senate Select Committee on Intelligence.

Dr. Kadlec previously served as staff director for Senator Richard Burr’s subcommittee on bioterrorism and public health in the 109th Congress. In that capacity, he was instrumental in drafting the Pandemic and All-Hazard Preparedness Bill. Kadlec also served at the White House from 2002 to 2005 as director for biodefense on the Homeland Security Council, where he was responsible for conducting the biodefense end-to-end assessment, which culminated in drafting the National Biodefense Policy for the 21st Century. He served as Special Assistant to President George W. Bush for Biodefense Policy from 2007 to 2009.

Earlier in his career, he served as the Special Advisor for Counterproliferation Policy at the Office of the Secretary of Defense, where he assisted DOD efforts to counter chemical, biological, radiological, and nuclear (CBRN) threats in the wake of 9/11 and contributed to the FBI investigation of the anthrax letter attacks. He began his career as a flight surgeon for the 16th Special Operations Wing and subsequently served as a surgeon for the 24th Special Tactics Squadron and as Special Assistant to J-2 for Chemical and Biological Warfare at the Joint Special Operations Command. He was named U.S. Air Force Flight Surgeon of the Year in 1986.