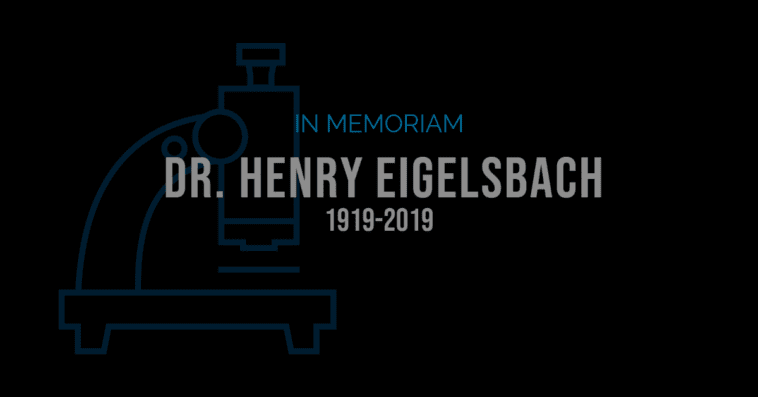 Renowned microbiologist Henry “Hank” Eigelsbach died of natural causes on December 6, 2019 at the age of 100.

The former Fort Detrick scientist is best known for his research on Francisella tularensis, the causative agent of tularemia. Eigelsbach was stationed at ‘Camp Detrick’ during World War II while in the Navy, and remained working there for decades as a microbiologist after leaving active duty.

Dr. Eigelsbach was the author of more than 50 papers published in recognized research journals, and 7 book chapters, including in Bergey’s Manual of Systematic Bacteriology and The Manual of Clinical Microbiology. He also delivered dozens of presentations at national professional meetings that established him as an international authority on tularemia, the field in which his research concentrated. He was a Charter Fellow of the American Academy of Microbiology, and Diplomat of the American Board of Microbiology. He was the Frederick, Maryland Branch president of the Scientific Research Society of America.

His contribution to tularemia vaccines, which began at the outset of his scientific career and remained a lifelong passion, is recognized around the world. Dr. Eigelsbach is acknowledged as a global ambassador for science, and as a pathfinder in medical research focused on the protection of humans from infectious diseases.”

Following his retirement as medical microbiologist at Fort Detrick, he served as consultant for the national drug company Aries, the Salk Institute, and DynPort. His work with DynPort led to the advanced development and large-scale production of tularemia vaccine.

Please find below a collection of full-access research papers co-authored by Dr. Eigelsbach.

McGavran MH, White JD, Eigelsbach HT, Kerpsack RW. Morphologic and Immunohistochemical Studies of the Pathogenesis of Infection and Antibody Formation Subsequent to Vaccination of Macaca irus with an Attenuated Strain of Pasteurella tularensis: I. Intracutaneous Vaccination. Am J Pathol. 1962;41(3):259–271. 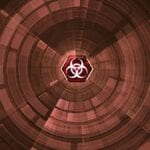 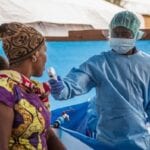