Abrin is a highly potent and naturally occurring toxin produced in the seeds of Abrus precatorius (Rosary Pea) and is of concern as a potential bioterrorism weapon. There are many rapid and specific assay methods to detect this toxic plant protein, but few are based on detection of toxin activity.

The portable and low-cost CCD detector system described here is relatively simple and costs 30 times less than a plate reader, can detect a large number of samples simultaneously, and has a limit of detection of 10 pg/mL which is 106 times lower than the LD50 value by ingestion (10 µg/kg).

With a limit of detection of 10 pg/mL, the method presented here is a 200-fold improvement in sensitivity over the recently developed quantitative high-resolution targeted mass spectrometry method reported to have a limit of detection of 2 ng/mL. Most importantly, the method presented here can distinguish between the biologically active and life-threatening form of abrin from inactivated abrin which has lost its ability to impair health.

Previous activity studies using a mouse bioassay have found that abrin is highly resistant to thermal inactivation and indicate that some commonly used pasteurization methods for milk have limited effect on abrin inactivation. Treatment at 63 °C for 30 min was not effective in milk but inactivated abrin in PBS. However, when higher thermal treatment of 100 °C was applied at lower abrin concentration of 0.1 ng/mL milk lost its protective effect and abrin was fully inactivated. 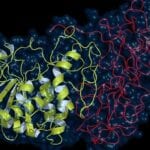 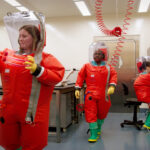