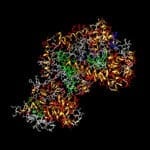 NIH is re-competing the support contract for its Small Molecule Repository (SMR) currently being performed by Compound Focus, Inc. The anticipated contract would be awarded for a period of up to ten years, beginning approximately September 1, 2012, and will expand the scope of the current repository operation.

The SMR, initiated in 2004, was developed as part of the Molecular Libraries Program (MLP), an NIH Common Fund Initiative. The goals of the SMR are to identify, acquire, maintain, and distribute a collection of chemically diverse compounds with known and unknown biological activities for use in high-throughput screening (HTS). These compounds are intended to serve as starting material for the development of chemical probes to explore basic biology, as well as leads for therapeutics development.

The SMR is a vital component of the Molecular Libraries Program (MLP). The MLP requires constant access to the SMR compound collection in order to carry out its activities. The SMR currently contains approximately 380,000 compounds. An increase in the ultimate compound collection size is anticipated and offerors will be requested to document their ability to support the expansion of the SMR up to a maximum of 650,000 compounds.

The full Request for Proposals (RFP) for HHS-NIH-NIDA(MH)-12-029 will be released on or about March 15, 2012 and the response deadline for the is May 1, 2012.   The current library can be viewed in the NIH database PubChem, using the search term “MLSMR.”