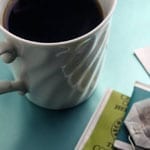 Researchers in Wales have identified properties in a common cup of tea that could help deactivate some bioterror agents and fight the hospital superbug Clostridium difficile.

The medicinal properties in tea have been widely known for centuries, and recent scientific research has shown tea to have antibacterial, anticancer and antiviral properties, thought to be due to a group of antioxidants called polyphenols.

Scientists from the Cardiff University School of Pharmacy and Pharmaceutical Sciences have found that Epigallocatechin gallate (EGCG), an ingredient in tea, is able to inactivate the highly-toxic substance ricin and inhibit the growth of the hospital superbug Clostridium difficile.

EGCG is the ester of epigallocatechin and gallic acid and is a type of catechin. The catechins are abundant in teas derived from the tea-plant Camellia sinensis as well as in some cocoas and chocolates.

Researchers at Cardiff University, working under Professor Les Baillie and in collaboration with the National Botanic Garden of Wales, have been working for several years to discover what components in tea are responsible for its disease-fighting antibacterial activity.

“We already knew that tea had the ability to inhibit anthrax – as long as it is black tea with no milk,” said Professor Baillie (Wales Online).  To examine the effects on a known superbug, the team exposed 79 strains of C.diff to 33 types of tea to see which proved best. Green tea appeared to have a stronger impact than black tea in tests.

“Over the last two years, we […] have been working out what chemical in tea are effective against the superbug and how exactly they work,” said William McCully, PhD student at Cardiff School. “Armed with this knowledge, we are trying to modify the growth conditions of a small plantation of Camellia sinensis plants this summer to produce a ‘super tea’ rich in polyphenols and high in antibacterial activity.”

The ultimate aim is to successfully produce a naturally enhanced tea that will be clinically effective for C. diff and potentially a wide-range of other biothreats.