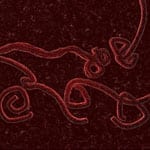 The World Health Organisation (WHO) confirmed today that an outbreak of the Ebola virus has killed 13 people in Uganda and efforts are now under way to contain the hemorrhagic fever.

The suspected Ebola infections emerged in early July in the Kibaale district; about 170 km west of the capital Kampala, but the outbreak was not confirmed as Ebola until late Friday.

“Laboratory investigations done at the Uganda Virus Research Institute…have confirmed that the strange disease reported in Kibaale is indeed Ebola hemorrhagic fever,” the Ugandan government and WHO said in joint statement.

“There are a total of 20 people suspected to have contracted Ebola and 13 of them have died,” said Joaquim Saweka, WHO Representative, in a statement to the Associated

There is no treatment and no vaccine against Ebola, which is highly contagious and transmitted by close personal contact. Depending on the strain, the Ebola can kill up to 90 percent of those who contract the virus.

The origin of the outbreak had not yet been confirmed, but Ugandan officials stated that 18 of the 20 cases are understood to be linked to one family.

Locals have been troubled for weeks by the mysterious illness that seemed to have come from nowhere. Officials reported that some villagers had started abandoning their homes to escape the disease.

Kibaale is near the Democratic Republic of Congo (DRC) where the virus first emerged in 1976, taking its name from the Ebola River.

Ebola was last reported in Uganda in May last year when it killed a 12-year-old girl. The country’s most devastating outbreak was in 2000 when 425 people were infected, more than half of whom died.

The WHO and U.S. Centers for Disease Control have sent experts to help Uganda contain the outbreak and following up on all suspected cases.