Global Warming and the Effect on Seasonal Influenza 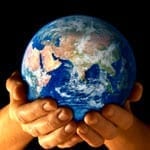 Researchers from Arizona State University have found that above average warm winters tend to be followed by more severe epidemics of influenza with earlier onset.  The findings suggest that expedited manufacture and distribution of influenza vaccines after warm winters has the potential to mitigate the severity of future influenza epidemics.

The team of scientists studied waves of influenza and climate patterns in the U.S. from the 1997-1998 season to present using Centers for Disease Control data. The findings demonstrated a pattern for both A and B influenza strains: warm winters are usually followed by heavy flu seasons.

“It appears that fewer people contract influenza during warm winters, and this causes a major portion of the population to remain vulnerable into the next season, causing an early and strong emergence,” says Sherry Towers, Team Leader and Research Professor in the Mathematical, Computational and Modeling Sciences Center. “And when a flu season begins exceptionally early, much of the population has not had a chance to get vaccinated, potentially making that flu season even worse.”

The current flu season began early and fiercely. It followed a relatively light 2011 season, which saw the lowest peak of flu since tracking efforts went into effect, and coincided with the fourth warmest winter on record. According to previous studies, flu transmission decreases in warm or humid conditions.

Continued global warming indicates mild winters such as that of 2011-12 will occur more frequently. The researchers conclude that expedited manufacture and distribution of vaccines and aggressive early vaccination programs will be increasingly important in meeting the challenges of more severe flu seasons.

The study was partially supported by the Multinational Influenza Seasonal Mortality Study, overseen by the National Institutes of Health’s Fogarty International Center.

Read the research findings at PLOS: Climate change and influenza: the likelihood of early and severe influenza seasons following warmer than average winters