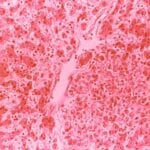 Scientists from UCLA have published new research showing that defective viruses, thought for decades to be unrelated to the transmission of normal viruses, now appear able to play an important role in the spread of disease.

Defective viruses are viral particles with genetic mutations or deletions that eliminate essential functions. They cannot complete their life cycles independently, and only reproduce by co-infecting host cells with functional viruses and ‘borrowing’ their functional elements.

Such defective viruses have been observed for many human pathogens, but it was believed that they were unimportant to impact epidemiological outcomes.

UCLA scientists and their collaborators are now reporting for the first time a significant link between a defective virus and an increased rate of transmission of a major disease. The research is based on the lineage of defective dengue virus spread through humans and mosquitoes in Myanmar for at least 18 months in 2001–2002.

The research shows that the defective lineage emerged from circulating dengue viruses between June 1998 and February 2001, and that it spread because its presence causes functional dengue viruses to transmit more efficiently.

“The idea has always been that defective viruses are either meaningless or detrimental,” said James O. Lloyd-Smith, a UCLA Assistant Professor of Ecology and Evolutionary Biology and the senior author of the research. “We have found the opposite of that — that the defective virus is actually helping the normal, functional virus. This finding is bizarre and hard to believe, but the data are the data.”

The study focused on DENV-1, one of four known types of the dengue virus that infect humans. Dengue viruses are transmitted by several species of mosquitoes and cause dengue fever, which is characterized by fever, joint pain and a skin rash similar to measles. Dengue hemorrhagic fever, a more severe form of dengue infection, can cause death. The dengue virus infects between 50 million and 100 million people each year.

Most surprisingly, Lloyd-Smith said, the combination of the defective virus with the normal virus was “more fit” than the normal dengue virus alone. “What we have shown is that this defective virus, which everyone had thought was useless or even detrimental to the fitness of the functional virus, actually appears to have made it better able to spread,” he said.

The calculations from the study indicate the defective virus makes the functional virus at least 10 percent more transmissible. “It was spreading better with its weird, defective cousin tagging along than on its own,” said Lloyd-Smith.

The findings were published this week PLoS Pathogens: Phylodynamic Analysis of the Emergence and Epidemiological Impact of Transmissible Defective Dengue Viruses