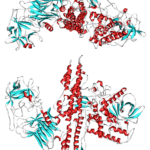 The U.S. Food and Drug Administration last week announced that it has approved Botulism Antitoxin Heptavalent (A, B, C, D, E, F, G)-(Equine), the only product to neutralize all known botulinum nerve toxin serotypes that cause deadly botulism.

Development of the antitoxin began over 10 years ago, and in 2006 the drug candidate became one of the first medical countermeasures to receive support for advanced development and procurement under Project BioShield. Cangene Corporation of Winnipeg, Canada manufactures the product.

The Biomedical Advanced Research and Development Authority (BARDA), which manages Project BioShield, is procuring the drug so that it can be readily available from the Strategic National Stockpile. The Cangene drug holds the distinction of being the first botulism product supported under Bioshield to be approved by the FDA, as well being the second antitoxin to address a bioterrorism threat to be supported under Project BioShield and approved by FDA.

Botulinum nerve toxins are among the most potent toxins known, and if patients are left untreated, the toxins may cause muscular paralysis that can lead to death. Botulism results from ingesting or inhaling a botulinum nerve toxin, or by exposure arising from toxin secreted by Clostridium bacteria in a wound or the intestine.

The new heptavalent antitoxin is the only product available for the treatment of botulism in adults, and for cases of infant botulism caused by nerve toxins other than types A and B. This antitoxin also represents the first approval of a plasma derivative using the FDA Animal Rule.