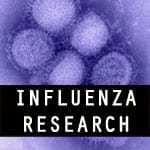 With six additional deaths in the past week, the number of influenza-associated pediatric deaths reported to the Centers for Disease Control during the current 2012-2013 season has surpassed 100.

The proportions of pediatric deaths occurring in children who were unvaccinated and those who had high-risk conditions are consistent with what has been seen in previous seasons.

Children younger than 5 years of age and children of any age with certain chronic health conditions, including asthma or other lung disorders, heart disease, or a neurologic or neurodevelopmental disorder are at high risk of developing serious complications from flu infection.

Annual influenza vaccination has been recommended for all children 6 months to 18 years of age since the 2008-2009 influenza season. Universal vaccination – or vaccination across all age groups – was implemented during 2010-2011. While vaccination rates among children have risen slightly since that time, they remain relatively low.

According to CDC survey data, only about 40 percent of children had received a 2012-2013 influenza vaccine by mid-November of 2012. The final estimated vaccination rate among children during the 2011-2012 season was 52 percent.

Read the rest of the report at the Centers for Disease Control: CDC Reports About 90 Percent of Children Who Died From Flu This Season Not Vaccinated