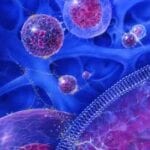 Researchers from the University of Maryland School of Medicine have identified an experimental drug that has shown promise in treating influenza virus, and preventing lung injury and death from the virus.

Eritoran, a drug developed by Eisai Inc. for the treatment of sepsis, was shown to protect mice from death after they had been infected with a lethal dose of influenza virus even when administered up to six days after infection. Existing antiviral medications must be administered within two days of infection to be optimally effective.

The drug is a synthetic inhibitor of Toll-like receptor 4 (TLR4). Previous scientific studies have revealed that acute lung injury caused by the influenza virus is the result of an immune reaction mediated by the TLR4 protein.

The potential value of this drug as single therapy or in combination with antivirals is further supported by previous research that found that it is safe for use in humans. The findings are of particular interest to scientists now that the latest deadly strain of flu, H7N9, is spreading in China – over 100 people in China had been infected with the new strain of flu virus and more than 20 have died.

“People suffering from influenza may not go to the doctor or to the emergency room in time for the antivirals to be effective. Also, as the flu adapts to resist existing treatments, we are in search of new therapies to save lives and prevent severe illness,” says Stefani Vogel, Ph.D., Professor of Microbiology and Immunology and Medicine at the University of Maryland. “Our research seems to show that Eritoran could provide doctors with a new tool in their flu-fighting toolbox, as well as several more days to treat the sickest of patients successfully.”

The results of the study were published this week in the journal Nature.