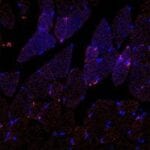 Researchers at Brigham and Women’s Hospital (BWH), Columbia University Medical Center, Icahn School of Medicine at Mount Sinai, and Massachusetts Institute of Technology have developed nanomedicines 100,000 times smaller than the diameter of a human hair strand that are capable of encapsulating and releasing an inflammation-resolving peptide drug.

In a study published in the Proceedings of the National Academy of Sciences, the researchers demonstrate that the nanoparticles are potent pro-resolving nanomedicines, capable of selectively homing to sites of tissue injury in mice, and releasing their therapeutic payload in a controlled manner over time.

The nanoparticles are uniquely designed to target the extracellular microenvironment of inflamed tissues. The particles then slowly release their potent inflammation-resolving payload such that it can diffuse through the inflamed tissue, where the drug then binds to receptors on the plasma membrane of activated white blood cells and causes them to become more quiescent.

Impaired resolution of inflammation is a major contributing factor to the progression of a number of devastating diseases such as atherosclerosis, arthritis, and neurodegenerative diseases, in addition to cancer. Since the level of inflammation in these diseases is very high, targeted therapeutic solutions are required to help keep inflammation contained.

“The beauty of this approach is that it takes advantage of nature’s own design for preventing inflammation-induced damage, which, unlike many other anti-inflammatory strategies, does not compromise host defense and promotes tissue repair,” said Ira Tabas, MD, PhD, physician-scientist at Columbia University Medical Center and co-senior author of this study.

Polymers consisting of three chains attached end-to-end were developed as building blocks for the engineering of self-assembled targeted nanoparticles; one chain enabled the entrapment and controlled release of the therapeutic payload, in this case a peptide which mimics the pro-resolving properties of the Annexin A1 protein. Another chain conferred stealth properties to the nanoparticles, enabling their long-circulation after systemic administration. Yet a third chain gave homing capability to the nanoparticles to target the collagen IV protein to the vascular wall.

This approach gives the nanoparticles the capability of selectively sticking to injured vasculature allowing their therapeutic anti-inflammatory cargo to be released where it is needed to effectively promote inflammation resolution in a deliberate and targeted manner.

“The development of self-assembled targeted nanoparticles which are capable of resolving inflammation has broad application in medicine including the treatment of atherosclerosis,” said Omid Farokhzad, MD, physician-scientist at BWH, and a co-senior author of this study.

“Nanoparticles that selectively bind to injured vasculature could have a profound impact in prevalent diseases, such as atherosclerosis, where damaged or comprised vasculature underlie the pathology.  This work offers a novel targeted nanomedicine to the burgeoning field of inflammation-resolution, a field previously pioneered by BWH’s Dr. Charles Serhan,” said Gabrielle Fredman, PhD, a post-doctoral fellow at Columbia University Medical Center and co-lead author of this study.

Read the study at PNAS: Development and in vivo efficacy of targeted polymeric inflammation-resolving nanoparticles (subscription required for full manuscript).