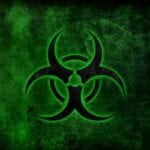 The proposed work will address current gaps in standards by defining field testing needs, methods and performance requirements. The resulting deliverables will include products that will serve as the basis of a national standard for biothreat equipment.

In further describing why Wadsworth Center and Health Research Inc. were selected, DHS states that because the existing Stakeholder Panel for Agent Detection Assays (SPADA) is the only national standard for biothreat detection and device testing, and will be the basis for the field testing for this effort, it is important the performer have experience with the development of biothreat standards as established by SPADA.