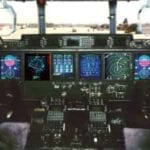 The U.S. Army Edgewood Chemical Biological Center (ECBC) is exploring the complex, challenging nature of aircraft decontamination that may occur in the aftermath of a biological attack. Returning assets to an active status requires that the decontaminants used are effective, yet nondestructive to aircraft interior surfaces, sensitive equipment and electronics.

ECBC is developing a Rapid Detect-Identity-Decontaminate Kit that is designed for the decontamination of spore-forming bacteria in suspected areas. Utilizing ECBC assets that include test beds and biological decontamination methodologies, the C-130 cargo aircrafts, barcoded spore technology and conceptual model design and animation for the kit prototype, the project will provide the means for developing a solution for the hazard mitigation arena.

Section 219 funding comes from the National Defense Authorization Act of 2009, which allows military and government research laboratories to tax customers up to 3 percent of all revenue sources as an indirect fee that helps finance the overall cost of a given project. The proposed kit was awarded funds from the overall ECBC 219 funding after meeting the required proposal criteria: innovation, collaboration and potential transition to the Warfighter. It was one of nine ECBC projects that effectively met ECBC’s Threat Goal Team objective of maintaining awareness of emerging threats and was subsequently awarded the 219 funding, as announced on March 27.

“CBARR will complete the test execution of the decontamination trials, and the C-130 aircrafts are an ECBC capability that nobody else has. Having the ability to walk into an aircraft for testing is unparalleled for most other agencies,” said Jerry Pfarr, chief of the Biological Operations Branch of ECBC’s Chemical Biological Application and Risk Reduction (CBARR) Business Unit.

According to Pfarr, the C-130s enable ECBC to advance its biological decontamination capability and begin the six-month testing immediately. The biggest challenge, he said, will be generating the results and delivering the program in a way that will attract interest from the right agencies in order to build the future of aircraft decontamination programs at ECBC.

Using the proposed kit, a hazard mitigation team sent inside the aircraft would be able to accurately assess the situation, presumptively identify the agent and determine proper decontamination steps. According to ECBC biologist Debbie Menking, if somebody opened up an envelope and a powder came out, first responders would go in with their Detect-Identify-Decon kit using hand-held assays for presumptive identification of contamination as the first step in spot-checking around the aircraft.

“What of kind contamination do you have? Is it ricin? It is anthrax? The beauty of the project is its potential to expand the concept to build decon kits for toxins, bacterial spores, bacterial vegetative cells and viruses. We have tested a decon technology that we know is effective against all three classes of organisms,” said Menking.

Decontamination testing will occur on surfaces inside the aircraft as well as on coupons of chemical agent resistant coating (CARC) painted steel. Barcoded spores from ECBC’s Research and Technology (R&T) Directorate simulate anthrax and will be deposited on the surfaces to illustrate the presence of contamination. Next, the surfaces will be decontaminated with the decontaminate, and according to Menking, should show either a lower level of the simulant or nothing at all in order to fully demonstrate an effective decontamination process.

The developing kit has the potential to impact real world situations in a variety of environments that may be exposed to suspected contamination or serve as a potential hazard mitigation tool if a spore or powder were to be released on a commercial jet liner. Proof of concept for this kind of decontamination method will lead to a conceptual rendering of the kit with potential for development of a prototype kit in future studies. Jeff Warwick, branch chief for the Engineering Directorate’s Conceptual Modeling and Animation branch, is leading a team to create virtual prototype concepts and supplemental visual communications for the kit during the six-month testing phase.

In June, the ECBC team will design experiments to be tested through August, which will assess detecting sensitivity and decontamination efficacy. A final report will be presented in September.