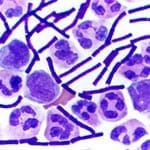 Two of the studies assessed intramuscular (IM) administration of ETI-204 following challenge with aerosolized B. anthracis spores (either before or after the development of symptoms of anthrax). A third study examined the potential protective effect of administering ETI-204 at various times prior to challenge with B. anthracis. All three studies were conducted in cynomolgus monkeys.

“These three recent studies demonstrate promising results of ETI-204 when given to anthrax exposed animals via intramuscular administration,” said Elizabeth Posillico, PhD, President and Chief Executive Officer of Elusys. “ETI-204 could offer an important complement to the current anthrax countermeasures.”

A product that can be given IM as well as IV is highly desirable because it could provide the capability to more rapidly administer product to people outside of a hospital setting or where IV administration is not feasible. ETI-204 is the only anthrax anti-toxin in advanced stages of development that is formulated as a solution and is being investigated for both IV and IM administration.

The first study was a randomized, blinded, seven-arm, placebo-controlled, post-challenge, timed-treatment study. Animals were exposed to Bacillus anthracis spores and treated with a single dose of ETI-204 (8 or 16 mg/kg IM) at 18, 24 or 36 hours after challenge with aerosolized B. anthracis spores.

The second study was a randomized, four-arm, placebo-controlled, post-challenge, timed-treatment study. Animals were treated with a single dose of ETI-204 (16 mg/kg IM) at 24, 36 or 48 hours after challenge with aerosolized B. anthracis spores. The primary endpoint was survival at 28 days after spore challenge. The group treated with ETI-204 (16 mg/kg IM) 24 hours post-challenge demonstrated a survival rate of 93% (13/14) which was statistically significantly higher than the 10% (1/10) survival rate seen in the control group. The groups treated with ETI-204 at 36 or 48 hours post-challenge demonstrated survival rates of 43% (6/14) and 29% (4/14), respectively.

A planned secondary analysis revealed that 100% (15/15) of animals dosed with ETI-204 before becoming bacteremic (having evidence of bacteria in the blood stream) survived, and 30% (8/27) of animals dosed with ETI-204 after becoming bacteremic survived. These results were presented, in part, at this year’s ASM Biodefense and Emerging Diseases Research Meeting in Washington, D.C.

“These data demonstrate the considerable activity obtained with intramuscular (IM) administration of the anti-toxin when given either before or after challenge in animal models of inhalational anthrax. We are extremely pleased that a single dose of ETI-204 demonstrated protection against inhalational anthrax infection,” said Leslie Casey, PhD, Vice President, Research. “We look forward, in the very near term, to initiating a clinical study in healthy subjects to assess the pharmacokinetics and tolerability of IM administration in humans.”

The company is supported with federal funds from the Office of the Assistant Secretary for Preparedness and Response, Biomedical Advanced Research and Development Authority (BARDA), the Department of Health and Human Services (HHS).