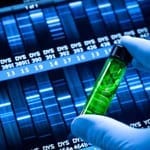 Some scientists competing for a $1 million prize from the Department of Defense are less than pleased with the handling of the Defense Threat Reduction Agency (DTRA) Algorithm Challenge for detection of bioterrorism threat agents in DNA samples.

The competition was announced in late 2012 as a way to both spur innovation and bypass some of the traditional barriers of the grant process. The individual or team that develops an algorithm which can most rapidly and accurately characterize a complex clinical sample based solely on raw DNA sequence data walks away with the prize purse.

Several of the top 10 contenders charge that the rules and scoring of the competition were needlessly complicated, and specific requests for clarification were met with obtuse guidance.

“The way they organized the competition and the way they scored it was just horrible,” says David Ainsworth, a bioinformatics Ph.D. student at Imperial College London, whose team is still in the running for the prize in the final round.