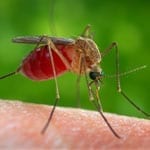 Results of a phase I clinical trial for a vaccine to combat malaria, published today in the online issue of Science magazine, show that the vaccine provided complete protection against malaria in subjects who were exposed to Plasmodium falciparum parasites. Plasmodium falciparum is the malaria parasite that causes more than 600,000 deaths annually.

“While we’re still in the early stages of testing, we believe this vaccine will be used to eliminate malaria,” said Stephen L. Hoffman, CEO of Sanaria, maker of the vaccine. “It’s reasonable to suggest that within three-to-five years, a safe, reliable vaccine could be a commercial reality and provide medical benefit to a huge population.”

The current trial was primarily funded by the National Institute of Allergy and Infectious Diseases (NIAID), National Institutes of Health (NIH) with additional support from the Naval Medical Research Center and Sanaria. Sanaria has also received research support and funding from multiple other institutions in the United States, Europe, and Africa during the past decade and will continue its fund-raising efforts to expand its research and clinical programs.

“Scientists have struggled to produce an effective malaria vaccine for more than three decades,” Hoffman said. “These results show that we have a safe, successful, injectable vaccine that has the potential to save millions of lives.”

Princeton professor, former president of Merck Vaccines, and Sanaria board member, Dr. Adel Mahmoud concluded that, “This whole-parasite vaccine, produced in a form that can be easily administered, is now shown to stimulate immunity with a clear dose response leading to full protection. Not only was the vaccine fully protective, it was remarkably safe and well-tolerated.”

In the clinical trial reported in Science, volunteers received intravenous injections of Sanaria® PfSPZ Vaccine, which consists of live, weakened, purified malaria parasites that do not cause illness. None of the six volunteers who received the highest dosage developed malaria after being bitten by malaria parasite-infected (disease transmitting) mosquitoes. The trial included 40 adult volunteers, ages 20-44, enrolled, vaccinated and assessed under the direction of the principal investigator, Robert Seder, M.D., and clinical team at the Vaccine Research Center, NIAID, NIH, Bethesda, MD.

Future clinical trials of the PfSPZ Vaccine in Africa, the U.S., and Europe are expected to lead to licensure of an affordable vaccine for use in mass administration campaigns in countries most affected by malaria. These are predominantly African nations, where most victims are children. Salim Abdullah, Chief Executive Director of Tanzania’s Ifakara Health Institute, the site of the next clinical trial of the PfSPZ Vaccine, said, “This great advance in the development of a whole parasite vaccine immediately opens up important opportunities for immunization studies in malaria endemic countries. My colleagues and I are very excited about working with Sanaria.”

In addition to the benefit to residents of Africa and other parts of the world with malaria, the vaccine is intended for use by tourists, diplomats, business travelers, aid workers, and military personnel to prevent malaria.

Read the study at Science: Protection Against Malaria by Intravenous Immunization with a Nonreplicating Sporozoite Vaccine