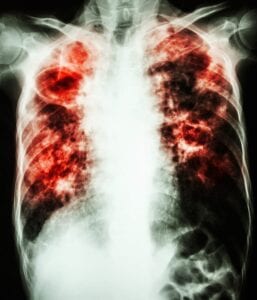 Scientists in the United States and India have successfully modified the precursor to one of the drugs used to treat tuberculosis, an important first step toward new drugs that can transcend antibiotic resistance issues that experts consider a serious threat to global health.

The findings, reported in the Journal of Biological Chemistry, indicate that a new compound, 24-desmethylrifampicin, has much better antibacterial activity than rifampicin against multi-drug-resistant strains of the bacteria that cause tuberculosis.

Rifampicin and related drugs are important antibiotics, the key to an effective “drug cocktail” that already takes about six months of treatment to cure tuberculosis, even if everything goes well. But two forms of tuberculosis, referred to as “multi-drug-resistant,” or MDR, and “extensively drug-resistant,” or XDR, have become resistant to rifampicin.

In 1993, resurging levels of tuberculosis due to this antibiotic resistance led the World Health Organization to declare it a global health emergency. Today more than 1 million people around the world are dying each year from tuberculosis, and after AIDS it remains the second most common cause of death by infectious disease.

“We believe these findings are an important new avenue toward treatment of multi-drug-resistant TB,” said Taifo Mahmud, a professor in the College of Pharmacy at Oregon State University, and a corresponding author on the new publication.

“Rifampicin is the most effective drug against tuberculosis, and it’s very difficult to achieve a cure without it,” Mahmud said. “The approach we’re using should be able to create one or more analogs that could help take the place of rifampicin in TB therapy.”

A combination of genetic modification and synthetic drug development was used to create the new compound, which so far has only been developed in laboratory, not commercial quantities. Further development and testing will be necessary before it is ready for human use, researchers said.

Drug resistance in rifampicin and related antibiotics has occurred when their bacterial RNA polymerase enzymes mutate, Mahmud said, leaving them largely unaffected by antibiotics that work by inhibiting RNA synthesis. The new approach works by modifying the drug so it can effectively bind to this mutated enzyme and once again achieve its effectiveness.

“We found out how the antibiotic-producing bacteria make this compound, and then genetically modified that system to remove one part of the backbone of the molecule,” Mahmud said. “Understanding this whole process should allow us to create not just this one, but a range of different analogs that can be tested for their efficacy as new antibiotics.”

In human history and before the advent of antibiotics, tuberculosis was one of the great infectious disease killers in the world. At its peak in the 1800s in Europe, it was the cause of death of one in four people. It’s still a major concern in the developing world, where drugs are often not available to treat it, and it often causes death in tandem with HIV infection.

As the bacterial strains of this disease that are multi- or extensively-drug-resistant increase in number, so too does the difficulty of treating it. Instead of a six-month regimen, these drug-resistant strains can take 18 months to several years to treat, with antibiotics that are more toxic and less effective.

Collaborators on this research were from the University of Delhi and the Institute of Genomics and Integrative Biology in India. The research has been supported by the M.J. Murdock Charitable Trust and the Medical Research Foundation of Oregon.

The approach used in this research “holds great potential to generate more rifamycin analogs to combat the threat of MDR strains of M. tuberculosis, and/or other life-threatening pathogens,” the researchers wrote in their conclusion.