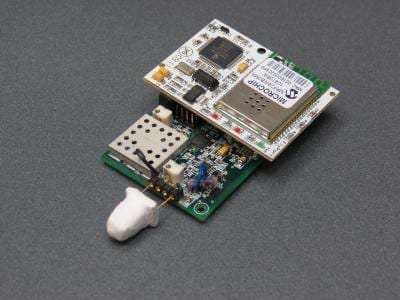 Nuclear engineers at Oregon State University have developed a small, portable and inexpensive radiation detection device that should help people all over the world better understand the radiation around them, its type and intensity, and whether or not it poses a health risk.

The device was developed in part due to public demand following the nuclear incident in Fukushima, Japan, in 2011, when many regional residents were unsure what level of radiation they were being exposed to and whether their homes, food, environment and drinking water were safe.

Findings on the new technology were recently published in Nuclear Instruments and Methods in Physics Research. The systems are not yet available for commercial sale.

Beyond the extremely rare occasion of a radiological or nuclear incident, the new technology may also help interested consumers learn more about the world of radiation surrounding us, the constant exposure they receive – everything from a concrete wall to the air we breathe, soils around us or a granite kitchen counter top – and how to understand routine radiation exposure as a part of normal life.

“With a device such as this, people will be better able to understand and examine the environment in which they live,” said Abi Farsoni, an associate professor of nuclear engineering in the OSU College of Engineering. “Radiation is a natural part of our lives that many people don’t understand, but in some cases there’s also a need to measure it accurately in case something could be a health concern. This technology will accomplish both those goals.”

Of some interest, the researchers said, is that the technology being used in the new device provides measurements of radiation that are not only less expensive but also more efficient and accurate than many existing technologies that cost far more. Because of that, the system may find use not just by consumers but in laboratories and industries around the world that deal with radioactive material. This could include scientific research, medical treatments, emergency response, nuclear power plants or industrial needs.

The system is a miniaturized gamma ray spectrometer, which means it can measure not only the intensity of radiation but also identify the type of radionuclide that is creating it. Such a system is far more sophisticated than old-fashioned “Geiger counters” that provide only minimal information about the presence and level of radioactivity.

“The incident at Fukushima made us realize that many people wanted, but were not able to afford, a simple technology to tell them if their environment, food or water was safe,” Farsoni said. “This portable system, smaller than a golf ball, can do that, and it will also have wireless connectivity so it could be used remotely, or connected to the Internet.”

The system combines digital electronics with a fairly new type of “scintillation detector” that gives it the virtues of small size, durability, operation at room temperature, good energy resolution, low power consumption and light weight, while being able to measure radiation levels and identify the radionuclides producing them.

Various models may be developed for different needs, researchers said, one of which might be the ability to measure radon gas and check homes with possible concerns for that type of radiation exposure, which can sometimes come from soils, rocks, concrete walls or foundations.

“There are a lot of misconceptions by many people about radioactivity and natural background radiation, and technology of this type may help address some of those issues,” Farsoni said. “Sometimes, there are also real concerns, and the device will be able to identify them. And of some importance to us, we want the technology to be very simple and affordable so anyone can obtain and use it.”

The new device, called a “MiniSpec,” will ultimately be commercialized after final development is completed, researchers said.