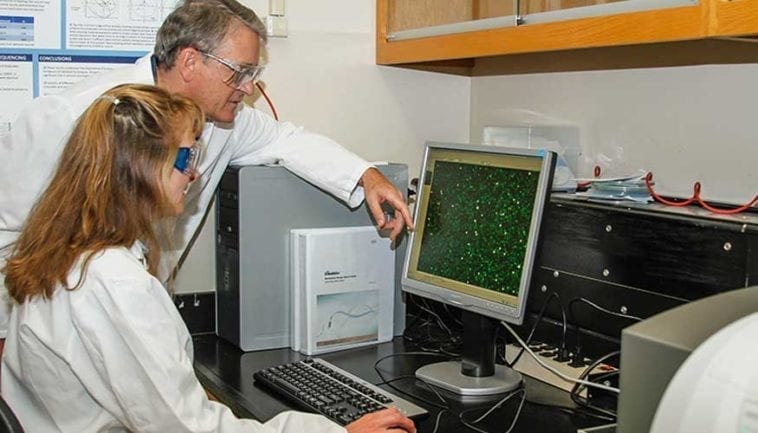 This possible use of the Lawrence Livermore Microbial Detection Array (LLMDA) was studied by an international team of researchers from eight nations in a paper published recently in the PLOS ONE scientific journal.

“The disease symptoms for emerging viruses are often similar to those of other more common viruses, posing a diagnostic challenge to clinicians unfamiliar with the novel organism,” the authors wrote. “In the case of emerging viruses, it is crucial for patient treatment and for containment of a potential epidemic to quickly identify the correct virus.”

With the use of the LLMDA, combined with a DNA amplification technique developed by researchers from Denmark, the team was able to correctly identify 29 different emerging viruses in both clinical and non-clinical samples.

One of LLMDA’s most important advantages is that the tool can perform thousands of tests in parallel within 24 hours, while another method, polymerase chain reaction (PCR) — though faster — can only run dozens of tests at a time.

The paper’s lead author is a researcher from the Copenhagen-based Statens Serum Institut, Denmark’s equivalent of the United States’ Centers for Disease Control and Prevention (CDC).

“The study shows that we are moving closer to having a robust technology that can be used for surveillance of emerging diseases,” McLoughlin said. “It could be used in public health laboratories to screen samples for viruses that are unexpected in the population.”

Emerging viruses are normally endemic to tropical and sub-tropical regions of the world, but increased global travel and other factors are believed to contribute to the spread of these viruses into new regions.

In the view of the paper’s authors, the risk of importing rare, exotic and emerging diseases to Europe has increased.

“Some areas in Europe already maintain environmental conditions favorable to these pathogens, such as hantavirus, Crimean-Congo hemorrhagic fever virus and West Nile virus. Travelers visiting endemic areas are a potential source for spreading these diseases,” the authors said. “There is a demand,” they noted, “for rapid and accurate identification of the virus to initiate specific treatment, if available, as well as appropriate case management, such as isolation and contact tracking.”

The authors reported that they found the LLMDA to be sensitive and specific to a wide range of emerging viruses and to successfully identify emerging viruses present in clinical samples. Among the viruses detected in the clinical samples were: Dengue fever, West Nile, Crimean-Congo hemorrhagic fever, Chikungunya, polyomaviruses, herpes simplex, hepatitis GB virus C and Coxsackie.

The only sample in the study that was not identified was a Dengue fever virus, in which the viral concentration was determined to be below the detection limit. However, seven other clinical samples tested with Dengue fever virus were detected.

In the study, the team used an earlier version of the LLMDA that contained some 388,000 probes that could detect 2,195 viruses and 924 bacteria. The current version of the array, with 180,000 probes, can identify 4,377 viruses and 5,457 bacteria, as well as a combined total of more than 775 protozoa, fungi and archaea species.

Developed in 2008, the LLMDA detects microbes with the use of probes that fit in a checkerboard pattern in the middle of a 1-inch wide, 3-inch long glass slide. The instrument is seen as occupying a niche role between PCR and sequencing.

The LLMDA process starts with the purification of DNA or RNA from a sample, such as sputum or blood. The sample is next labeled with a fluorescent dye and hybridized on the microarray at 42 degrees Celsius or about 107.6 degrees Fahrenheit. In turn, a fluorescent scanner and analysis software are used to detect the probes that have lit up, identifying the presence of viral or bacterial sequences.

Read the study at PLOS ONE: The Microbial Detection Array for Detection of Emerging Viruses in Clinical Samples – A Useful Panmicrobial Diagnostic Tool. 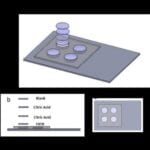