University of Utah biochemists have produced a peptide mimic which displays a functionally critical region of the virus that is universally conserved in all known species of Ebola.

This new tool can be used as a drug target in the discovery of anti-Ebola agents that are effective against all known strains and likely future strains.

The Utah scientists designed peptide mimics of a highly conserved region in the Ebola protein that controls entry of the virus into the human host cell, initiating infection. Importantly, the researchers were able to demonstrate this peptide target is suitable for use in high-throughput drug screens. These kinds of screens allow rapid identification of potential new drugs from billions of possible candidates.

Current experimental drugs generally target only one of Ebola’s five species. “The current growing epidemic demonstrates the need for effective broad-range Ebola virus therapies,” says Dr. Tracy R. Clinton, lead author on the study. “Importantly, viral sequence information from the epidemic reveals rapid changes in the viral genome, while our target sequence remains the same. Therefore, our target will enable the discovery of drugs with the potential to treat any future epidemic, even if new Ebola virus strains emerge.”

The team’s work was reported recently in the online edition of Protein Science.

Key contributions to this work were provided by Dr. John Dye’s laboratory at the U.S. Army Medical Research Institute of Infectious Diseases (USAMRIID), the lab of Christopher P. Hill, D.Phil., professor and co-chair of the U of U Department of Biochemistry, and a group led by Brett Welch, Ph.D. at Navigen, Inc., a Salt Lake City pharmaceutical discovery and development company.

Navigen has licensed exclusive rights to the technology from the U of U and is currently screening for drugs against the target.

Dr. Eckert notes, “Although the current push of clinical trials will hopefully lead to an effective treatment for the Zaire species causing the present epidemic, the same treatments are unlikely to be effective against future outbreaks of a different or new Ebola species. Development of a broadly acting therapy is an important long-term goal that would allow cost-effective stockpiling of a universal Ebola treatment.”

Of particular interest, this target was shown to be suitable for the discovery of mirror-image peptide inhibitors (D-peptides), which are promising drug candidates. Unlike natural peptides, they are not digested by enzymes in the blood. D-peptides are also much simpler and less expensive to produce compared to the current most promising approach, antibodies.

The Utah group has previously developed highly potent and broadly acting D-peptide inhibitors of HIV entry, currently in preclinical studies, and is now adapting this approach to Ebola using the mimics developed in this study. In collaboration with Navigen, several promising lead D-peptide inhibitors have already been identified. U of U and Navigen are now seeking additional funding to optimize these inhibitors and advance them into clinical trials in humans. 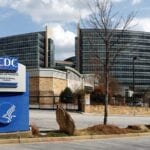