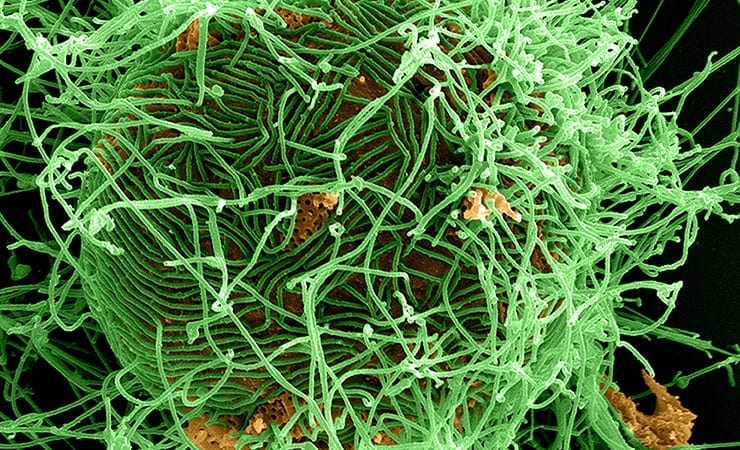 A new study researchers from the University of Notre Dame and Indiana University School of Medicine-South Bend investigates how the most abundant protein that composes the Ebola virus, VP40, mediates replication of a new viral particle.

The Ebola virus has just seven proteins that encode in its genome. VP40 is critical to the formation of a new viral particle and it does this by interacting with lipids inside human cells.

The researchers found that VP40 is able to assemble in vitro (i.e., in a test tube), without any human cells present and mediate formation of virus-like particles when the human lipid phosphatidylserine is found in solution with VP40, but not other control lipids.

“This means, in conjunction with our previous research papers, that Ebola virus VP40 can assemble and interact with human phosphatidylserine to generate the lipid coat of the virus,” said Robert Stahelin, adjunct associate professor of chemistry and biochemistry at the University of Notre Dame. “For completeness sake, Ebola virus is a lipid-enveloped virus and gets its lipid bilayer coat from the human cell it infects. In essence, Ebola VP40 is assembling on phosphatidylserine-enriched regions of human cells to form the long filamentous virus particle we are so familiar with seeing.”

The long-term objective of Stahelin’s research is to apply principles learned from biochemical and biophysical studies to generate novel therapeutics to combat Ebola.

“This study has greatly helped us understand how the Ebola virus replicates and should at least allow us to test some new drug leads and hypothesis,” he said.

“It seems that the Ebola crisis is being managed better than months earlier and in some regions, especially those in Liberia, hasn’t been spreading at the rates seen earlier,” he said. “However, it will still be nine months, if not more, before full control can be obtained. The recent spread to Mali is of concern.” 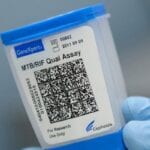