University of Georgia researchers in collaboration with Anacor Pharmaceuticals have received a $5.3 million grant from the Wellcome Trust to develop a new drug for the treatment of Chagas disease, which they hope will be ready to enter clinical trials by 2016.

Chagas disease is caused by the parasite Trypanosoma cruzi, which spreads via a subspecies of blood-feeding insects commonly known as “kissing bugs” because they tend to bite people on the face and lips. While the disease can progress slowly, chronic infection almost inevitably results in irreparable damage to heart and digestive system tissues.

Between 10 and 20 million people, mostly in Central and South America, are infected with Trypanosoma cruzi, and Chagas disease kills more people in Latin America than any other infectious disease—including malaria, tuberculosis and HIV. An increasing number of cases are also being documented outside the normal high transmission areas, including in the U.S. and Europe.

“The two drugs commonly used to treat Chagas disease, benznidazole and nifurtimox, require a long course of therapy and have a number of serious side effects,” said Rick Tarleton, UGA Athletic Association Distinguished Research Professor of Biological Sciences in the department of cellular biology in UGA’s Franklin College of Arts and Sciences. “This combined with the fact that many isolates of the parasite are resistant to these existing drugs emphasizes the tremendous need for new treatments.”

Anacor pioneered the development of a boron-based drug class called oxaboroles, which researchers hope will serve as the foundation for a new Chagas therapy.

Boron is a naturally occurring element that is found commonly in fruits, vegetables, milk and coffee, but it is only recently that scientists have begun exploring the potential of boron-containing small molecules in drug development for a variety of infectious agents.

“These new drug classes have a lot of potential for a variety of diseases, including many of the most neglected diseases of humans,” said Tarleton, who is a member of UGA’s Center for Tropical and Emerging Global Diseases. “We have worked with Anacor to identify some potent lead compounds for use in Chagas disease, and this funding will help turn those leads into effective drugs.” 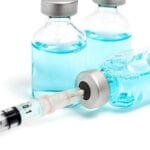 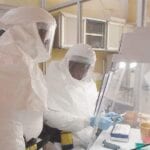