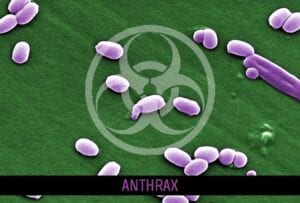 The Department of Defense today revealed it accidentally sent live anthrax from a laboratory in Dugway Proving Ground, Utah to nine states in the U.S. and overseas to the Joint United States Forces Korea (USFK) Portal and Integrated Threat Recognition Program at Osan Air Base, South Korea.

Pentagon officials said the samples were supposed to be inactivated before being shipped to the external sites.

“The Department of Defense is collaborating with the Centers for Disease Control and Prevention in their investigation of the inadvertent transfer of samples containing live Bacillus anthracis, also known as anthrax, from a DoD lab in Dugway, Utah, to labs in nine states,” said Army Col. Steve Warren, a Pentagon spokesman.

The samples were reportedly shipped on April 30 from the Dugway to a military laboratory in Maryland. From there they were shipped to laboratories in: California, Texas, Wisconsin, Tennessee, Maryland, Virginia, Delaware, New Jersey and New York.

“There is no known risk to the general public, and there are no suspected or confirmed cases of anthrax infection in potentially exposed lab workers. The DoD lab was working as part of a DoD effort to develop a field-based test to identify biological threats in the environment. Out of an abundance of caution, DoD has stopped the shipment of this material from its labs pending completion of the investigation,” Warren added.

A lab in Maryland reportedly first notified the Pentagon on May 22 that it had received a live sample. The CDC was informed on May 23 and an investigation has been initiated.