After first being isolated in Africa in 1952, Chikungunya virus (CHIKV) has been identified in Southern Europe, Southeast Asia, South America, Caribbean, and islands of the Indian and Pacific Oceans. 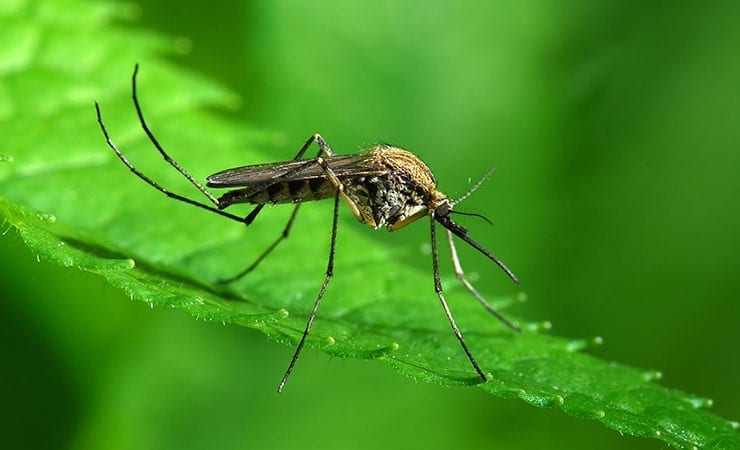 In late 2013, CHIKV was identified for the first time on the islands in the Caribbean and quickly spread from a cluster of locally-transmitted cases in St. Martin to other islands in less than a year.

According to the Centers for Disease Control and Prevention, more than 4,500 reported cases of chikungunya disease occurred in U.S. travelers returning from affected areas, including some locally-transmitted cases in Florida. For more than a decade, chikungunya has affected millions of people and resulted in long-term morbidity that can last for years, such as musculoskeletal pain and inflamed joints. Currently, there are no licensed vaccines or effective drugs approved for human use to combat this disease.

In the spring of 2014, Battelle responded to the rapid spread of chikungunya cases by committing resources and scientific expertise to develop and characterize a model of CHIKV infection. Battelle will use this model, world-class high-containment biological facilities, and proven track record to partner with biotechnology and pharmaceutical companies and evaluate products for treating chikungunya.

Chikungunya virus (CHIKV) is a mosquito-born alphavirus that is the causative agent of chikungunya, which presents clinically in the form of a fever, muscle pain, headache, nausea, fatigue, rash, and arthralgia.  CHIKV can cause acute, subacute, or chronic disease.  The joint pain is often debilitating, but usually lasts for a few days or may be prolonged to weeks.  The increase in Chikungunya disease cases has led to the increase need for vaccine or therapeutic product efficacy testing.  However, a lack of an accepted animal model has slowed the progress of the product development.  This study aimed to characterize the natural history of Chikungunya disease in cynomolgus macaques infected by an intradermal (ID) or aerosol route.

Twelve (11 male and 1 female) cynomolgus macaques (Macaca fascicularis) were utilized in this study; six were challenged ID and six were challenged by aerosol exposure under BSL-3 containment. Both the ID and aerosol routes of infection were utilized along with high (1 x 107 PFU), intermediate (1 x 105 PFU) and low (1 x 103 PFU) doses of CHIKV.  Body temperatures were measured using transponder chips (BioMedic IPTT-300) implanted in the shoulder and leg regions. Body temperatures were measured and recorded at baseline (pre-exposure) through Day 14.

Blood was collected at baseline and Study Days 2, 4, 6, 8, and 10 for hematology, clinical chemistry, and viremia. All primates were euthanized at the end of the study and a complete necropsy was performed.  Portions of the spleen, lymph node, liver, and muscle were collected for viral titer analysis by plaque assay.

CHIKV exposure by ID or aerosol did not result in lethality in any of the animals.  Clinical signs of overt disease (hunched posture, shivering, intermittent ataxia) first became evident among ID challenged animals between 1.5 to 3 days post-infection (p.i.) and persisted through Day 8.  Clinical signs of disease in the aerosol model of infection were only noted in one of the two low dose animals, where overall signs of discomfort were noted 2 days p.i. and hunched posture and shivering were present around 3 to 5 days p.i.

The body weights of all animals remained constant throughout the study.  CHIKV infection via the aerosol route was associated with higher body temperatures over the course of disease than animals infected by ID inoculation (Figure 1).

A sharp decrease in the number of white blood cells was observed approximately 2 days p.i. in animals infected ID with the low dose (1 x 103 PFU), where the intermediate and high ID dose animals experienced slight increases in WBC counts on day 2, followed by a sharp decrease below baseline (Figure 2).  Decreases in WBC counts were less apparent, less extreme, and even non-existent in aerosol challenged animals, where both the intermediate and high dose groups only experienced increases in total WBC counts compared to baseline levels (Figure 2).  Decreases in WBC counts for any dose group did not exceed the normal lower limit range for cynomolgus macaques.

To further explore the possible presentation of leukopenia, the changes in neutrophil, lymphocyte, monocyte, and basophil, as well as large unstained cell counts were analyzed (Figure 3).

This study aimed to characterize the natural history of Chikungunya disease in cynomolgus macaques infected by an intradermal (ID) or aerosol route.  The natural route of infection in humans results from the bite of an infected mosquito.  However, there have been cases of CHIKV infection where it is suspected that individuals became infected through an aerosol exposure. Thus, we aimed to develop the ID and aerosol infection method in cynomolgus macaques.

Overall, both the aerosol and ID challenge routes led to increased body temperatures when compared to baseline, but no changes in weight when compared to baseline was associated with CHIKV-infected animals.  Clinical signs of overt disease first became evident among ID challenged animals between 1 and 3 days p.i. and signs of disease persisted mostly though day 8 p.i. In comparison, clinical signs of disease in animals infected by aerosol exposure were only noted in one of the animals.

These results demonstrate that infection by ID leads to overt disease, while an aerosol exposure did not result in clinical disease observations in most animals.  It should be noted that because of the limited animal numbers used on this study, more optimization may be required for an aerosol model.  A correlation between body temperature and clinical signs of disease was not apparent.

Article and diagrams courtesy of Battelle, an official sponsor of Global Biodefense.