Researchers from the University of Maryland School of Medicine (UM SOM) have been selected as key contractors by the Biomedical Advanced Research and Development Authority (BARDA), for its Radiation Nuclear Animal Model Development program.

BARDA is part of the Office of the Secretary for Preparedness and Response in the U.S. Department of Health and Human Services (DHHS).

Under the leadership of Zeljko Vujaskovic, MD, PhD, Professor of Radiation Oncology and Director of the Department’s Division of Translational Radiation Science (DTRS), UM SOM researchers will work with BARDA to support the development of radiologic and nuclear countermeasures.

“Our Division is in a unique position to lead in medical countermeasures research,” said Dr. Vujaskovic. “We have extensive experience with experimental models, 30,000 square feet of dedicated space for radiation research, and collaborative expertise from across the broadest spectrum of countermeasure investigations, which allow us to rapidly configure and implement solutions-oriented approaches to even the most difficult challenges.”

DTRS was launched in 2012, when Dr. Vujaskovic joined UM SOM from Duke University. He is an internationally recognized physician scientist whose work over the last three decades has focused on elucidating the mechanisms associated with radiation normal tissue injury, identifying potential biomarkers predicting individual risk for injury, and developing novel therapeutic interventions to prevent, mitigate, or treat radiation injury.

DTRS already partners with government, pharmaceutical, biotechnology, and medical device entities on a range of medical and radiation oncology, and biodefense projects. Earlier in 2015, research by DTRS faculty and staff led to FDA approval of the first drug to treat the deleterious effects of radiation exposure following a nuclear incident based on efficacy data generated in animal models.

Animal models are especially important in preparing for radiation emergencies, because the efficacy of most experimental treatments cannot be tested in humans. The work with BARDA will include multiple individual projects that draw on changing configurations of DTRS experts, instrumentation, and specialized resources, as well as on collaborations with other UM SOM and University of Maryland, Baltimore investigators.

According to Dr. Regine, medical countermeasure studies have the potential to provide knowledge that can improve treatment of patients undergoing radiation treatment for a variety of cancers. “We are honored to have Dr. Vujaskovic and his team work with BARDA in this effort. The agency understands that discoveries that are crucial in meeting radiation emergencies can also have extraordinary potential for later development in routine clinical use,” said Dr. Regine.

The BARDA award is an Indefinite Delivery/ Indefinite Quantity (IDIQ) contract which is part of a broader effort to enhance national preparedness for radiation accidents and emergencies. 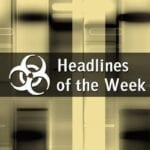