BARDA and the Battle Against MCR-1 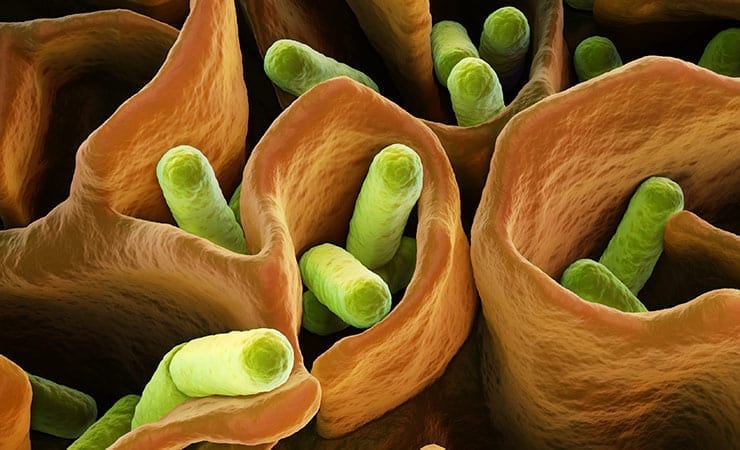 Last month marked the first appearance in the United States of the mcr-1 gene, which makes bacteria resistant to the antibiotic colistin, which is used as a last-resort drug to treat patients with multi-drug-resistant infections.

The E. coli bacteria carrying the mcr-1 gene was found in a urine sample from a Pennsylvania woman with no recent travel outside of the U.S.

The mcr-1 gene exists on a plasmid, a small piece of DNA that is capable of moving from one bacterium to another, spreading antibiotic resistance among bacterial species.  The CDC and federal partners have been hunting for this gene in the U.S. ever since its emergence in China in 2015.

Resistance to colistin, a member of the polymyxin-class of antibiotics, is especially troubling because colistin is widely considered the drug of last resort, including for the particularly dangerous carbapenem-resistant Enterobacteriaceae (CRE).

The medical community is particularly concerned about CRE given that nearly half of all hospital patients that contract CRE-based bloodstream infections do not survive.

Colistin, one of the few antibiotics left that still works against CRE, often serves as the last available treatment option for those fighting these deadly infections. Given the lack of alternatives, the rapid spread of resistance to this last line of defense is cause for alarm.

The appearance of mcr-1 in the U.S. is certainly distressing, but not altogether surprising. Scientists first identified the mcr-1 gene in China in 2015 and since then have found it lurking in bacteria in other locations around the world. The gene itself is found on a small piece of DNA called a plasmid that is capable of moving from one bacterium to another.

As such, the mcr-1 containing plasmid can help spread of colistin resistance rapidly to other bacteria, including those already resistant to all other available antibiotics. As a result, a ‘post-antibiotic era’ of deadly bacterial strains that are not treatable with any available antibiotic is becoming a very real possibility – a potentially nightmarish scenario for healthcare providers.

The Biomedical Advanced Research and Development Authority (BARDA) already has made investments to develop new antibiotics that will bolster the treatment options. One such candidate is plazomicin, a product under development in partnership with Achaogen, Inc.

Plazomicin is a novel member of the aminoglycoside class of antibiotics, a group that includes such well-known antibiotics as gentamicin and amikacin. However, unlike its predecessors, plazomicin has been engineered to overcome the resistance mechanisms that bacteria use to inactivate other aminoglycosides. Plazomicin is active against a broad spectrum of bacteria, including multidrug-resistant strains that are not susceptible to many other antibiotics.

As a continuation of this project, BARDA recently awarded an option worth $20 million on its current contract with Achaogen to fund, in part, the cUTI Phase 3 clinical trial. This clinical trial is intended to support the FDA approval of plazomicin, thereby bringing it to the market for clinical use.

Other promising candidates are being developed through BARDA’s public-private partnership with GlaxoSmithKline, plc (GSK). This partnership enables BARDA and GSK to develop, jointly, a flexible collection of drug candidates identified from GSK’s own antibiotic portfolio.

One is gepotidacin (GSK2140944), the first in a new class of antibiotics that is currently in Phase 2 human clinical trials for the treatment of gonorrhea. Gepotidacin is a novel triazaacenapthylene antibacterial that selectively inhibits bacterial DNA gyrase and topoisomerase IV by a unique mechanism not utilized by any currently approved human therapeutic agent.

A second candidate is a compound called GSK3342830, a novel cephem antibiotic engineered to take advantage of bacterial iron-uptake pathways, thereby increasing its own uptake into (and therefore, activity against) otherwise drug-resistant bacteria.

Both candidates show broad-spectrum in vitro activity against a variety of multidrug resistant bacterial strains, including colistin-resistant E. coli strains specifically bearing the mcr-1 plasmid (limited set of data). Although more tests will be necessary to explore the potential of both drugs for treating colistin-resistant bacterial infections in the clinic, these preliminary results are very promising.

These three compounds – plazomicin, gepotidacin, and GSK3342830 – represent components of BARDA’s existing antibacterials portfolio that have the potential to address colistin-resistant strains, a critical gap in our current medical armamentarium.

As new forms of antibiotic resistance continue to spread globally, the possibility for nightmarish bacterial strains can no longer be ignored; the continued development of new options for treating drug-resistant bacteria will be essential to preserving our ability to effectively combat infections. BARDA and its industry partners will continue to lead the charge against these threats, both present and future.

Article courtesy of the U.S. Department of Health and Human Services Office of the Assistant Secretary for Preparedness and Response Blog, edited for context and format by Global Biodefense.