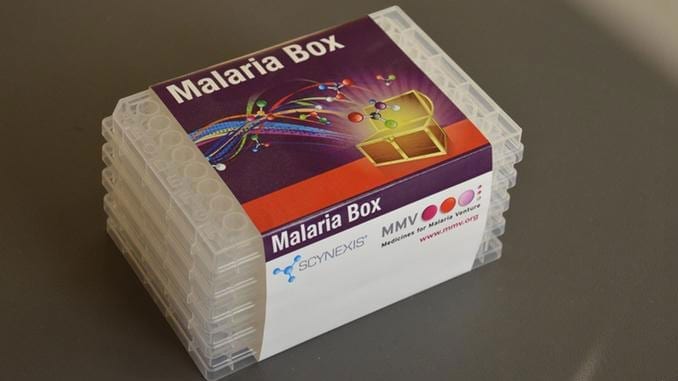 In what is being called the first-ever test of open-source drug-discovery, researchers from around the world have successfully identified compounds to pursue in treating and preventing parasite-borne illnesses such as malaria as well as cancer.

Starting in late 2011, the Medicines for Malaria Venture, based in Geneva, Switzerland, distributed 400 diverse compounds with antimalarial activity free of charge to 200 labs in 30 countries. One-third of the labs reported their results in a paper published today in PLOS Pathogens. The results have ignited more a dozen drug-development projects for a variety of diseases.

“The trial was successful not only in identifying compounds to pursue for anti-malarials, but it also identified compounds to treat other parasites and cancer,” said lead author Wesley Van Voorhis. To help lead the project, Van Voorhis took a sabbatical from his roles as a University of Washington professor of medicine (allergy and infectious diseases) and director of the Center for Emerging and Re-emerging Infectious Diseases.

The National Cancer Institute is now working on a colon cancer drug that emerged from the testing, Van Voorhis said. Several European labs are working on anti-worm compounds, and numerous U.S. labs are investigating drugs to combat other parasites. Medicines for Malaria Venture is also working with pharmaceutical companies GSK and Novartis on related anti-malarials, he added.

In their paper, researchers cited the lack of interaction between academia and industry as a major curb to innovation in drug discovery.

“Much of the global resource in biology is present in universities, whereas the focus of medicinal chemistry is still largely within industry. Open-source drug discovery, with sharing of information, is clearly a first step towards overcoming that gap,” they wrote.

The Malaria Box distributed 400 diverse druglike molecules that were most often found in industry collections, helping to bridge the gap between industry and academia.

This open-access effort was so successful that Medicines for Malaria Venture has begun to distribute another set of compounds with broader potential applicability, called the Pathogen Box. The box is available now to scientific labs globally. The Pathogen Box contains ~400 diverse, drug-like molecules active against neglected diseases of interest and is available free of charge.

While compounds in the box have been tested for activity against their respective diseases, they have not been cross-tested against other diseases. Scientists are encouraged to discuss results from screening Pathogen Box molecules with the organizing team, who may be able to offer additional scientific support to help further progress interesting hits.