The multivalent heterologous prime-boost regimen is intended to protect against multiple filoviruses that cause disease in humans, including the Ebola, Sudan and Marburg viruses.

The U.S. study will test the safety, tolerability and immunogenicity of this vaccine regimen in varying dosing schedules among healthy volunteers. The National Institute of Allergy and Infectious Diseases (NIAID), part of the U.S. National Institutes of Health (NIH), is funding this study. More information can be found at ClinicalTrials.gov.

Janssen has made a substantial investment to support the development of its investigational monovalent Ebola vaccine regimen and multivalent Ebola, Sudan and Marburg vaccine regimen. The monovalent and multivalent vaccine regimens originate from a collaborative research program with the NIH that commenced in 2008. The program has been funded in part with Federal funds and preclinical services from the National Institute of Allergy and Infectious Diseases (NIAID), part of NIH, under Contract Numbers HHSN272200800056C, and HHSN272201000006I and HHSN272201200003I, respectively.

In September 2015, Janssen Vaccines & Prevention B.V. was awarded $28.5 million from The Biomedical Advanced Research and Development Authority (BARDA), part of the U.S. Department of Health and Human Services, to help accelerate the development of the monovalent Ebola vaccine regimen under Contract Number HHSO100201500008C.

Janssen in partnership with Bavarian Nordic rapidly scaled up production of the monovalent Ebola vaccine regimen and now has approximately 2,000,000 regimens available, with the capacity to produce several million regimens if needed. 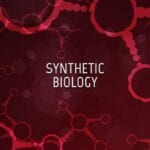 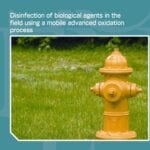