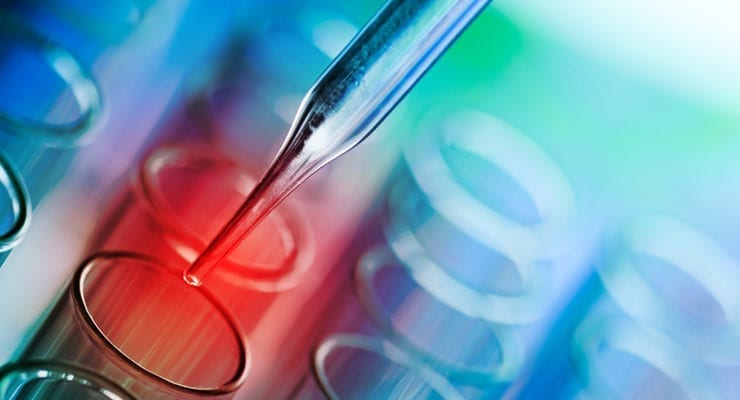 Few antidotes for nerve agents exist, and those that do must be administered soon after an attack. Now a team of scientists report on early-stage development of a potential treatment that soldiers or civilians could take before such agents are unleashed.

One particular antidote, an enzyme called organophosphorus acid anhydrolase (OPAA), has attracted attention recently for its ability to break down nerve agents. But the body’s immune system gets rid of it quickly. Packaging the enzyme in liposome nanocarriers gives the antidote greater staying power, but handling and storing the liposomes is complicated. So the researchers sought to make a potentially simpler carrier.

For a material, the team turned to porous metal-organic frameworks (MOFs), a class of hybrid materials made of metallic ions and organic ligands that are easy to store and handle at room temperature. They used a zirconium-based MOF and loaded it with the antidote.

Testing showed the MOF-encapsulated enzyme was even more effective at breaking down the nerve agent simulant diisopropyl fluorophosphate and the nerve agent soman than the antidote by itself.