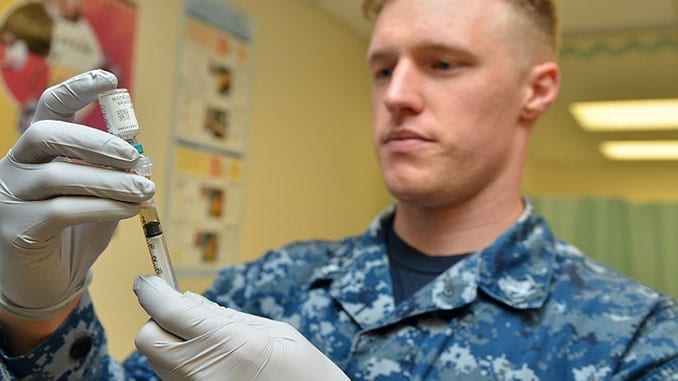 Vaccinations have played a prominent role in U.S. military history. George Washington ordered smallpox vaccine for his soldiers during the Revolutionary War. Nearly 90 percent of the deaths of soldiers during that time were caused by disease, with smallpox being one of the most prominent. It was said that more American soldiers died of smallpox than from battlefield injuries, and Washington’s plan to defeat smallpox played an important role in the ultimate victory of his army.

“Given that the DoD mandates many vaccines as part of our force health protection and readiness requirements, we have a duty to ensure the vaccines we develop are not only safe, but also effective for our troops,” said Dr. Bruce McClenathan, regional medical director for IHB at Fort Bragg, North Carolina. “In addition, we seek to eliminate any unnecessary immunizations, as well as reducing the costs.”

“Within the history of the DoD, research and vaccines have been critical to our military members,” said Dr. Limone Collins, an allergy and immunology physician and chief of the Vaccine Safety and Evaluation Section at the IHB Headquarters in Falls Church, Virginia. “Other than clean water and sewage, vaccines have done more to improve public health – not just within the DoD – but nationally. Vaccines have played a critical role in providing protection for us.”

Although U.S. military physicians and researchers have collaborated in the development of vaccines for influenza, rubella and typhoid fever, Collins emphasized our armed forces have had a long history of involvement with vaccines against infectious diseases. “For more than 200 years, our military has been actively engaged in vaccine research, and made many contributions to the development of products for use in disease prevention and control,” he said.

During World War I, Army Surgeon General William Gorgas convened a series of commissions to gather the best civilian and military input for ongoing and recurring infectious disease problems. In 1918, a pneumonia commission was formed, and in 1941 the Army established the Board for the Investigation and Control of Influenza and Other Epidemic Diseases in the Army, which was renamed the Armed Forces Epidemiological Board (AFEB) in 1949.

IHB will continue to conduct research and provide valuable input regarding immunization effectiveness and safety to enhance force health protection and readiness. IHB researchers will ensure that vaccines are safe, effective and properly utilized to protect service members. “With the advancement of research techniques, we are now able to conduct clinical studies dedicated to understanding diversity in immune responses to certain vaccines when they are delivered to large populations,” said McClenathan. “These studies hold enormous potential for improving the quality of care, and reducing the possibility of adverse events following immunization.” 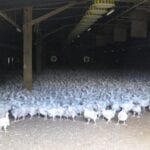 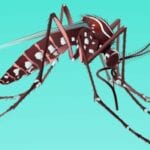