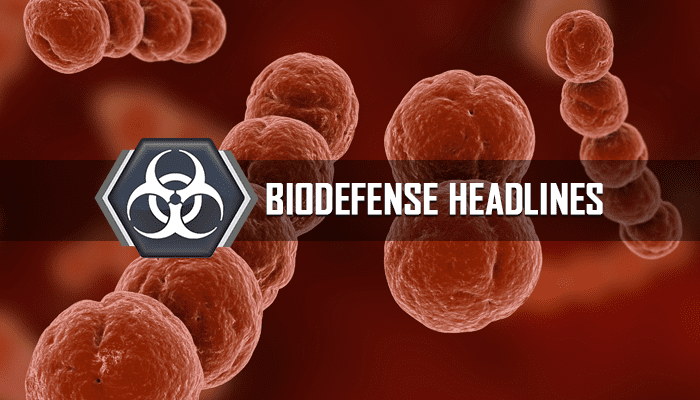 See what we’re reading this week at Global Biodefense on topics including the severe economic costs of a pandemic, killing malaria with blue dye, and the norovirus outbreaks at the Olympics.

More Ebola, and Worse, Without a Strong CDC

When the deadly Ebola virus appeared in the Democratic Republic of Congo last year, the first reported outbreak since 2014, a rapid-response health care team snuffed it out quickly. While any triumph over the lethal scourge should be commended, it’s also an early warning sign for the United States in an era of global travel, when outbreaks can easily leap across oceans. Boston Globe

3 Ways the US Should Prepare for the Next Flu Pandemic

As an expert in public health law, I can state two things with confidence. First, the U.S. has made enormous strides in preparing for and treating the flu. And second, we still are not nearly as prepared as we need to be for the next pandemic. The Conversation

Odds of a Pandemic Just Increased

We’ve made this mistake before. It’s relatively easy to garner support to fight infectious diseases when they are rampant and capturing our attention, but too often the motivation to sustain funding wanes when the infection appears to be under control. A new study estimates the annual losses from a moderate to severe pandemic would be about $500 billion, or 0.6 percent of global income. That’s similar to the annual costs of global warming, double the cost of natural disasters and five times the cost of terrorism. Houston Chronicle

The National Institutes of Health’s (NIH) US$34.8 billion budget would be roughly equal to the 2017 level, but about $2 billion below the 2018 level approved by Congress on 8 February. The 2019 proposal includes $9.2 billion added after Congress lifted mandatory spending caps for 2018 and 2019 last week. Nature

Robust and sustained federal investment in scientific research is essential to strengthening our economic and national security. Federally funded scientific research both at DOD and civilian agencies such as NSF and NIST, also ensures our warfighters and defense systems are well protected and equipped with the most advanced technical capabilities. American Society for Microbiology

The Next Pandemic Will Come Sooner or Later. The CDC Needs Money to Prepare

At the time of the Ebola crisis, Congress approved a one-time, five-year emergency supplemental spending package, of which $600 million was sent to the CDC to help countries prevent infectious-disease threats from turning into epidemics. Anticipating that that money will run out in October 2019, the CDC has begun notifying country directors to begin planning withdrawal from 39 of 49 countries. This is not a pullout of all CDC programs — activity abroad will go on in such areas as fighting polio, malaria, HIVand tuberculosis — but it does mean retreating from frontline outposts for preventing, detecting and responding to outbreaks. Washington Post

SAFETY Act Participants: A Stark Reminder of the Importance of Protecting Sensitive Documents and Information

A recent event that made national news demonstrates the importance of protecting sensitive information, and serves as an important reminder to those (such as SAFETY Act participants) in possession of such materials to establish and implement effective policies and procedures for storing such information. In particular, following Super Bowl LII, CNN revealed that one of its employees had discovered copies of U.S. Department of Homeland Security (DHS) documents relating to the response to a simulated anthrax attack at the Super Bowl, along with “other sensitive DHS material,” in the pocket of a commercial airplane seat. Lexology

President Trump’s daughter-in-law was taken to the hospital Monday after opening an envelope containing a “suspicious” substance addressed to her husband Donald Trump Jr. The New York City Police Department (NYPD) said initial tests did not indicate the powder was harmful but they are continuing to test the substance. CBS News

Select Topics at the DHS Meeting on Sequences of Interest

On January 29-30, 2018, the DHS Science and Technology Directorate sponsored a workshop to discuss the evolving role of databases that contain genetic sequences of pathogens and toxins that pose safety or security concerns, termed “sequences of interest.” The workshop also came at a propitious time as stakeholders grapple with the changing landscape of the biotech industry and advances in DNA synthesis technology. Pandora Report

Researchers have identified a key process that enables the Ebola virus to infect host cells, providing a novel target for developing antiviral drugs. Ebola virus incorporates a cellular enzyme into its virus particles, facilitating the infection to the target cells. When this enzyme Xkr8 is activated, it flips a phospholipid called phosphatidylserine (PS) from the inner layer of the Ebola virus’ membrane (envelope) to the outer layer. The exposed PS facilitates entry of the virus. Science Daily

Blue Dye Kills Malaria Parasites – But There is One Catch

It’s hard to imagine that a blue dye sold in pet food stores in the U.S. to fight fungal infections in tropical fish could be a potent weapon against malaria, but researchers have found that the dye killed the parasites that spread malaria within two days. So if a mosquito were to bite a person recovering from malaria, the mosquito couldn’t pick up live parasites and spread them to its next human target. NPR

How a Surging Stockpile of Vaccines Could Help Conquer Cholera

A vaccine against Vibrio cholerae has been around for 20 years, but questions have long swirled about its usefulness in outbreaks, and it has been in short supply. That is changing. About 2.4 million doses will soon be sent to the DRoC, where the current outbreak is the worst in 20 years. That’s enough to vaccinate 1.2 million of the country’s most at-risk people, and, experts hope, enough to curb the outbreak there. Science

Even prior to Hurricane Maria, the U.S. was already battling challenges with meeting the demand for IV fluids; however, the storm crippled Puerto Rico-based manufacturing sites for materials. The FDA is investigating extended shelf life for IV solutions as part of their strategy to combat intensified shortages during flu season. This is a Band-Aid that does not solve the bigger supply issues. Contagion Live

And the Gold Medal for Vomiting Goes to…

There’s a sudden outbreak of the nasty, fast-spreading norovirus — right near South Korea’s Olympic Village. The world’s top cause of gastroenteritis — severe stomach pain with nausea and diarrhea — noroviruses sicken people of all ages and kill an estimated 70,000 children under 5 annually. Virologist Aron Hall of the U.S. Centers for Disease Control and Prevention called norovirus the “perfect human pathogen” because it rarely kills people but is so contagious and causes such violent illness to further spread its progeny that it is virtually impossible to eliminate the bug from a crowded human environment. Foreign Policy

One of the worst flu outbreaks in the United States in nearly a decade worsened last week and will likely linger for several weeks, causing more deaths, the Centers for Disease Control and Prevention said on Friday. The number of people hospitalized for flu-like illnesses is the highest the CDC has seen since starting its current tracking system in 2010. The dominant flu strain this season, influenza A (H3N2), is especially potent, linked with severe disease and death, particularly among children and the elderly. Reuters

The FluView surveillance numbers reported from the CDC on Friday show that outpatient influenza-like illness activity has now reached 7.7% of all clinic visits, which matches the highest level during the 2009-10 H1N1 pandemic. While influenza A strains still accounted for 73.3% of all samples tested, influenza B accounted for 26.7%, up from 19.8% in last week’s report. The flu vaccine has shown more protection from influenza B. CIDRAP

The current outbreak is developing more slowly than the previous one. The ministry said Wednesday that 353 people have been infected so far, of which 98 have died. During the same period in the 2016-2017 outbreak, 509 cases were recorded, including 159 deaths. Large swaths of Brazil have long been at risk for yellow fever, but it saw an unusually large outbreak last year, including in places not previously considered at risk. CBC.CA

St. Louis Shut Down City to Save Lives During 1918 Spanish Flu Epidemic

When a second wave of Spanish Flu hit the U.S., St. Louis had the advantage of planning for disaster as East Coast cities were struck first. By late September, Jefferson Barracks went under quarantine as the first soldiers came down with the flu. The American Red Cross shifted from making bandages to face masks. Volunteers passed around blankets and vats of broth to flu sufferers. An ambulance waited at Union Station to take any sickly train passengers directly to the hospital upon arrival. Police officers and mail carriers wore masks on their daily routes. St. Louis Dispatch

Of Rats and Men: Poussin’s Plague at Ashdod

Nicolas Poussin (1594–1665) was a brilliant French Baroque painter whose art was inspired by biblical and mythological scenes. Poussin depicts the Plague at Ashdod (1630) (Louvre Museum, Paris, France) in one of his best works. Emerging Infectious Diseases

How Gross Are Hand Dryers? Dissecting That Viral Petri-Dish Photo

The assignment from Nichole Ward’s microbiology professor was simple: Choose a location, open a petri dish for three minutes and observe what grew over the next two days. Seattle Times

Did You Forget Your Bioterrorism Report on the Plane?

A CNN worker got on a plane recently and discovered a sensitive document in the seatback pouch explaining how the Department of Homeland Security would respond to a bioterrorism attack at the Super Bowl. Thank goodness it didn’t include important, compromising information about New England’s game plan. Deseret News 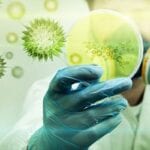 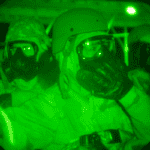