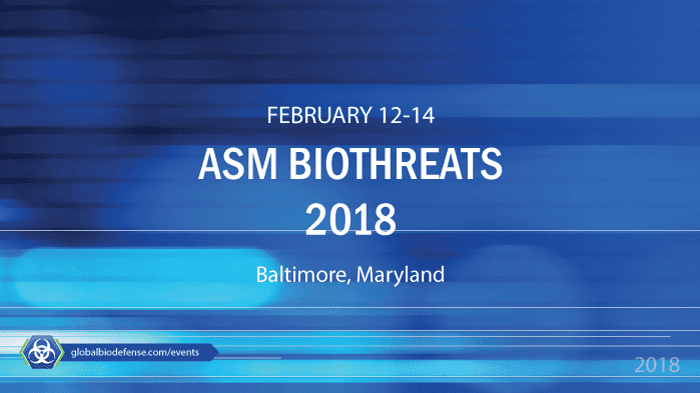 Exhibits and poster sessions are scheduled for 13-14 Feb.

Biological incidents, either unintentional or intentional, are also a threat. Ensuring ethical use of dual-use research of concern is one place ASM + its members can play a role #ASMBiothreats

Stop by Booth 26 at #ASMBiothreats to talk to our infectious disease experts. Learn about our animal models and GLP compliant toxicology and safety services.

Who would have thought to put a human Ab repertoire in a cow?? Awesome! #ASMBiothreats

Waiting for the “We Are the World” session to begin, listening to “We are the world.” What other #ASMBiothreats sessions have their own sound track?