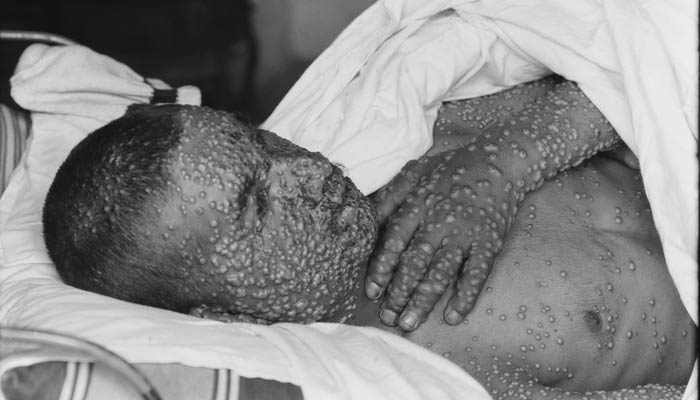 Unprecedented levels of immunosuppression in countries like Australia and the US must be considered in planning for the risk of smallpox re-emerging in the world, an expert in infectious diseases from the University of New South Wales has warned.

“Smallpox was eradicated in 1980 but in 2017, Canadian scientists created a smallpox-like virus in a lab using just mail-order DNA”, says Raina MacIntyre, professor of infectious disease epidemiology. “Now in 2018, these same scientists published a step-by-step method to create a pox virus in a lab, making the threat of smallpox re-emergence even greater.”

The Canadian researchers had synthesized a copy of horsepox DNA from the virus’s published DNA sequence, placed it into a cell culture alongside another poxvirus, and in this way recovered copies of “live” horsepox virus.1 These efforts were published in January 2018 without undergoing Dual Use Research of Concern review.

“Experts have long feared this scenario, and it is now a reality,” says Professor MacIntyre, who is also Director of the NHMRC Centre for Research Excellence, Integrated Systems for Epidemic Response. “This highlights the real risk of smallpox re-emerging in the world, without terrorists needing to access closely guarded stockpiles of the virus.”

In the nearly 40 years since smallpox was eradicated, much has changed in society. Advances in medicine mean that many more people today live with a weakened immune system – such as people with HIV, people being treated for cancer and autoimmune conditions.

Children and young people aged 0-19 years will have the highest risk of infection in a smallpox epidemic. However, the risk of severe disease and death is in people aged >45 years. Almost 1 in 5 people in cities like Sydney and New York have a weakened immune system, which would make the impact of an attack with smallpox much more severe, according to research published in the CDC’s Emerging Infectious Diseases journal.

“The rates of immunosuppression were even higher for the age group 60-65 years, because of natural decline of the immune system with age. We have an ageing population, and this must be considered when planning for a bioterrorism attack, and vaccination strategies during an outbreak,” notes MacIntyre.

MacIntyre has led a study that used a mathematical model to identify the impact of smallpox re-emerging in cities like Sydney and New York. The research identified that the highest rates of smallpox infection in these cities would be in people aged under 20 years, but the highest death rates would be among people aged 45 and over.

The study also is a tale of two cities with very different vaccination policies. Smallpox vaccine was routine in New York, but not used widely in Sydney. Professor Raina MacIntyre says almost 22% of the current New York population is vaccinated for smallpox, compared with only 10% of the current Sydney population – and these were mostly migrants who were vaccinated in their country of origin.

The research therefore looked at whether past vaccination in older people gave much protection. Despite widespread past vaccination in New York, the modelled impact of smallpox in this city was more serious than in Sydney due to its larger number of immunosuppressed people.

Immunologist and HIV expert Professor Tony Kelleher from the Kirby Institute said, “Immunosuppression would likely drive the impact of smallpox more than past vaccination, especially with so many people today living with HIV, or receiving cancer therapy or other medical treatments that suppress the immune system.”

“Vaccine immunity wanes over time, and recent vaccination is needed for protection. The good news is, people who have been vaccinated in the past would have a faster response to re-vaccination in the event of an outbreak,” Professor MacIntyre says. “The bad news is, both cities show the highest smallpox infection rates for unvaccinated young people, aged 5-20 years.”

The study also notes the importance of vaccination for health workers, and the need for hospitals to have appropriate isolation facilities to minimize the impact of a smallpox outbreak.

One of the study authors, Professor Mike Lane, Emeritus Professor from Emory University in the US and the former director of the US Centers for Disease Control Smallpox Eradication Program, says: “Should there be a smallpox attack with a virus similar to the virus which was eradicated, the prospects for bringing an epidemic under control are good, with good public health follow up and vaccination of contacts”.

Read more: Influence of Population Immunosuppression and Past Vaccination on Smallpox Reemergence.