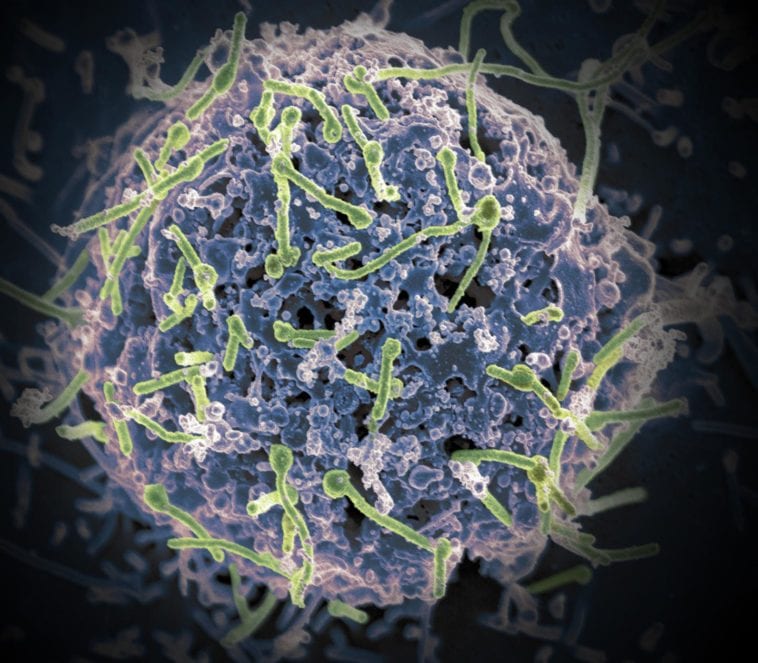 The highly infectious and deadly Ebola virus is shown in this research photo from the National Institute of Allergy and Infectious Diseases. Credit: NIAID

Scientists at Cincinnati Children’s Hospital Medical Center report their preclinical results in the Journal of Virology, published by the American Society for Microbiology.

Although still in early preclinical testing, researchers report that their data indicate that the prospective vaccine has potential to be a stand-alone protection from Ebola. It also could broaden and extend the durability of protective immunity induced by current live vaccines already being tested in clinical trials against individual Ebola virus species, said Karnail Singh, PhD, the study’s co-principal investigator in the Division of Infectious Diseases.

“This could be a significant advancement in the global effort to prevent or manage Ebola outbreaks, especially if this vaccine used alone or in combination with another Ebola vaccine results in long-term and durable protective immunity against different Ebola viruses,” Singh said.

A deadly Ebola outbreak in West Africa between 2013 and 2016 accelerated international efforts to develop vaccines for these highly infectious and harmful viruses. This led to development of recombinant Ebola vaccines in which glycoprotein from Zaire Ebola virus is engineered into another modified live viral vector. When administered, these live vaccines induce immune responses against the Ebola glycoprotein that, in turn, protect against any subsequent attack by the Ebola virus.

Singh and colleagues report that while the live-vector vaccines are producing encouraging results in clinical trials, until the current study none of the new vaccines under development have been shown to induce immune responses that cross-react against multiple Ebola virus species that cause the deadly disease in humans.

The new vaccine takes a novel approach, according to the study. The researchers designed a bivalent, spherical Ebola virus-like particle (VLP) that incorporates two genetically diverse glycoproteins (one each from the Zaire Ebola virus and Sudan Ebola virus) on a spherical core.

This approach will not cause illness in the recipient as the VLPs lack the genetic material and do not multiply. The vaccine works by stimulating immune responses against Ebola that generate virus-fighting antibodies to attack the different virus species.

When the researchers administered their new Ebola VLP vaccine to appropriate animal models, it produced robust immune responses against Ebola virus species known to be pathogenic in humans.

The researchers emphasize that extensive additional preclinical testing of the prospective Ebola VLP vaccine is needed before it could potentially be tested in clinical trials.

Spearman said at the moment, vaccine challenge experiments are in the planning stages. They will involve working in collaboration with an institution that has Level 4 biosafety facilities and will require additional external funding to move this promising research forward.

“If the data from those studies is equally encouraging, the vaccine should be ready to progress to generation of clinical grade material for human trials,” he said.

The study was funded in part by a pilot grant to Singh and Spearman by Innovation Ventures, the technology commercialization arm of Cincinnati Children’s, the Cincinnati Children’s Research Foundation and support from the New Iberia Research Center, University of Louisiana at Lafayette. Partial support for the study’s use of virus-like-particle (VLP) platforms to conduct Ebola vaccine research was provided by the National Institutes of Health. 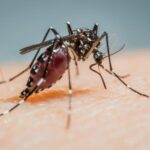 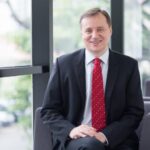