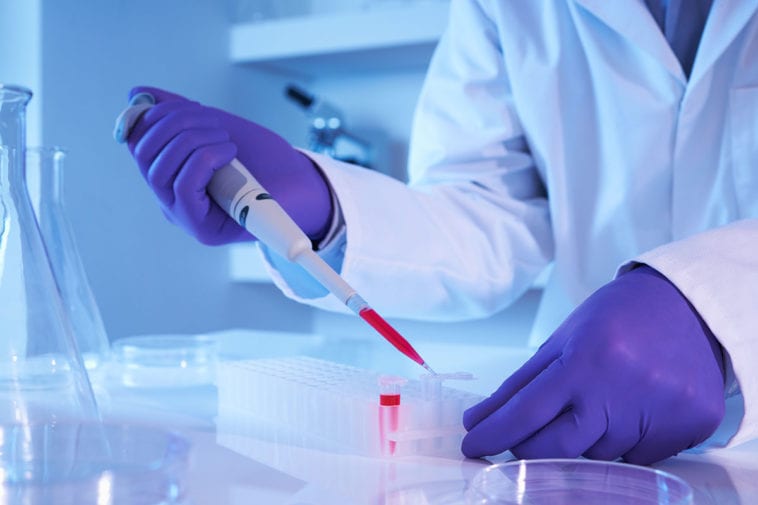 More than 28 million people around the world have now contracted COVID-19, and more than 900,000 people have died.

Research groups across the globe are rightly racing to find a vaccine to protect against SARS-CoV-2, the virus that causes COVID-19.

While it’s not surprising all eyes are on this vaccine race, COVID-19 isn’t the only disease for which scientists are currently trying to find a vaccine.

Let’s look at three others.

We regard malaria, tuberculosis and HIV/AIDS as the “big three” infectious diseases. Together they’re responsible for about 2.7 million deaths a year around the world. They disproportionately affect low- and middle-income countries.

Deaths from these three diseases could almost double over the next year as a result of disruptions to health care in the face of COVID-19.

This is a clear example of the indirect effects of an uncontrollable infectious disease. It also reminds us of the importance of vaccine research for the many other infectious parasites, viruses and bacteria that can cause disease and death.

Malaria is a parasitic disease transmitted through the bite of an infected mosquito. Common symptoms are flu-like: fever, headache, muscle aches and fatigue. If not treated promptly, malaria can lead to severe disease and death.

In 2018, nearly half of the world’s population was at risk from malaria. There were roughly 228 million cases and 405,000 deaths from the disease, mainly in children under five in sub-Saharan Africa.

British multinational pharmaceutical company GSK has licensed the world’s first malaria vaccine, Mosquirix. It targets the stage the parasite is at when the mosquito injects it.

Although it’s the only malaria vaccine candidate to successfully complete phase 3 trials, Mosquirix has only moderate effectiveness (less than 40%) which drops off rapidly after the final dose. So we need a more effective vaccine capable of inducing long-lasting immunity.

There are 20 other malaria vaccine candidates in advanced pre-clinical or clinical evaluation.

At the forefront of these is Sanaria’s whole sporozoite vaccine (PfSPZ), which also targets the parasite stage injected by the mosquito. It’s currently being evaluated for effectiveness in Africa.

Globally, tuberculosis is the leading cause of death by a single infectious agent. It’s caused by a bacterium that spreads from person to person through the air and mainly affects the lungs.

Tuberculosis was responsible for 1.5 million deaths in 2018. About one-quarter of the world’s population has latent tuberculosis, which has no symptoms and is not infectious. But 5-15% of these people will go onto develop active, infectious disease.

Generally, tuberculosis can be effectively treated with antimicrobial drugs. But the emergence of multi-drug resistant tuberculosis is a major cause of death and a serious public health concern.

We do have one licensed vaccine for tuberculosis. The BCG vaccine was first used in 1921 and is usually administered to infants in countries with high tuberculosis prevalence. But the degree and duration of protection this vaccine offers is not enough to control the disease.

At least 14 tuberculosis vaccine candidates are in clinical trials, with promising results giving hope we might be able to get the disease under better control in years to come.

Since the discovery of human immunodeficiency virus (HIV) in the 1980s, the disease has caused 33 million deaths — roughly 770,000 in 2019. Some 38 million people have HIV/AIDS worldwide.

There’s currently no cure or protective vaccine. While antiviral therapeutics can effectively control HIV, around 20% (7.6 million) of HIV-infected patients don’t have access to them.

Researchers are aiming to develop a protective vaccine against HIV. A major focus is developing broadly neutralising antibodies (antibodies that can attack different HIV strains) in HIV-infected patients.

For example, defining the structural details of SAR-CoV-2’s spike protein as a target for a COVID-19 vaccine, and identifying broadly neutralising antibodies from convalescent plasma as a potential treatment, are similar to strategies scientists working on HIV have used.

Beyond COVID-19 and the big three, there are many more conditions for which scientists are working to develop vaccines.

The current pandemic highlights the need for governments, NGOs and philanthropists to support this work — and scientific research more broadly.

Research on one type of disease can often accelerate the development of treatments for others. We’re seeing this in the quest for a COVID-19 vaccine.

Ultimately, COVID-19 has raised public awareness of the type of scientific challenges researchers encounter every day. There’s neither a silver bullet nor a shortcut in the development of a safe and effective vaccine.

Danielle Stanisic is an Associate Research Leader, Institute for Glycomics, Griffith University. Dr. Stanisic completed a Bachelor of Science at the University of QLD and undertook her PhD focusing on malaria research at the Queensland Institute of Medical Research with Professor Michael Good. She won the QLD Premier’s Award for her PhD work and was also awarded a Centenary Medal for Distinguished Service to Medical Research. She recently won the 2018 Glycomics Research Excellence Award for Excellence in a Mid-Career Researcher. She has worked on malaria-focused projects in New York (New York University), Papua New Guinea (PNG Institute of Medical Research and Melbourne (WEHI). She is currently an Associate Research Leader at the Institute for Glycomics, Griffith University where she co-leads the Malaria Vaccine Development Program. Her ongoing research has a translational focus and involves transitioning whole parasite vaccine candidates from pre-clinical studies into clinical development and their evaluation in clinical trials. She is also applying vaccine platforms developed within the Malaria Vaccine Program to other parasites of medical and veterinary importance.

Johnson Mak is a Professor, Institute of Glycomics, Griffith University. Professor Mak is a native of Hong Kong who undertook his undergraduate and post-graduate training at McGill University in Montreal, Canada. During his PhD Johnson worked with Professor Lawrence Kleiman at the McGill AIDS Centre studying packaging of primer tRNA into HIV. He subsequently moved to Melbourne, Australia to continue work on HIV assembly at the Burnet Institute. Johnson also held appointments with Monash University, Deakin University and CSIRO AAHL. Johnson has a broad research portfolio in HIV having studied primer tRNAs in retroviruses, genomic RNA packaging and dimerization, cholesterol and lipids in HIV, viral-host interactions, imaging of HIV and analysis of recombination and mutation in HIV using next generation sequencing. His team pioneered the production of full-length recombinant HIV Gag for biochemical and biophysical analyses of HIV assembly. Recently Johnson and his team have described a pre-entry priming process for HIV, as well as revealed novel biology between HIV and glycans. 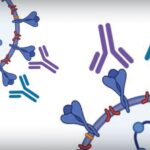 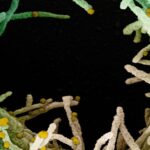