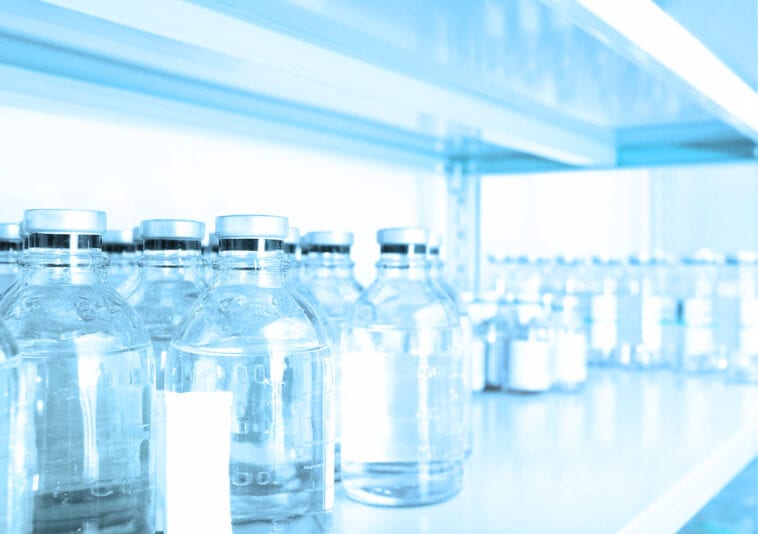 To bring COVID-19 under control a vaccine needs to be available to every nation, rich and poor – and it needs to happen quickly. But pharmaceutical breakthroughs are usually the result a slow process involving competition, secrecy, risky investments and extensive trials.

Changing any big industry to speed its processes up is going to be difficult. But there are signs that substantial changes are underway – and they may be here to stay.

Medical innovation is in fact often accelerated in a time of crisis. During the first world war, X-rays, developed two decades earlier, came into their own. Logistical approaches to triaging and treating the wounded were also pioneered, and obligatory vaccinations for typhoid were introduced in the French army.

The second world war saw the first mass-scale production of antibiotics. While the discovery was published in 1929, it was only in the late 1930s, with the looming prospect of war, that Oxford University began speeding up its work in this field. It was no small challenge to take a manually intensive laboratory process involving a mould grown on a solid surface and transform it into an industrially viable process, and all within five years.

The methods involved in this process also went on to form the foundation of the biotechnology revolution of the 1970s, which pioneered genetic engineering.

Making medicines is expensive, and it can take a very long time to get from the discovery of a drug to actually treating patients. With vaccines it’s a particular problem as the treatment needs to be administered to a huge number of healthy people. Add to this the high mutation rate of some viruses. The flu vaccine, for example, is only effective for one season.

It is difficult to introduce new technology to medicine. A major factor is regulation. It is critical that any medicine manufactured is safe and effective. The regulation of the biopharma sector is one of the strictest of any industry – the consequences of a mistake would be devastating.

The majority of vaccines fail during development. Normally a ten-year timeframe would be required to bring a new vaccine to market. This is in large part due to developers and manufactures operating a risk-adverse business model, under which funding and facilities are committed sequentially on reaching defined milestones. For example, large-scale manufacture will not begin until the successful completion of clinical trials.

The response to the COVID-19 pandemic has shown that it is possible to short-cut this time frame if funding is committed (in the form of pre-purchase agreements), enabling manufacturers to take significant commercial risk by manufacturing products at a large scale before clinical trials have been completed and evaluated. This approach will enable significant stockpiles of new vaccines to be accumulated ready for use on approval.

The timeline can also be shortened by using new technologies for making vaccines. Traditionally, vaccines were made by taking the pathogen itself and then inactivating it, or by manufacturing a harmless close relative of the pathogen. These can then be inserted into the body. This involves complicated methods that have been in continual development for nearly 100 years, accelerating greatly during the second world war.

Clearly, either approach has risks, both for the patient and the manufacturer. For example, scientists may fail to inactivate the virus, or a harmless pathogen could mutate into a more potent form. The virus could also be accidentally released during production.

Recombinant DNA technology, joining together DNA molecules from different organisms and inserting them into a host, has become the workhorse for production of the most important classes of modern medicines: therapeutic proteins. The same technology can be applied to vaccines by using just part of a virus – its structural proteins – and inserting it into the body. There, it acts as a vaccine by giving the immune system the opportunity to meet, recognise and prepare for the real virus. These types of vaccines are easier to scale up and safer than traditional ones.

Newer approaches that are currently being developed introduce only the genetic material for the vaccine into the body, either directly or using another virus. This allows the cellular machinery to manufacture the viral protein, again enabling the immune system to prepare to fight off the actual virus. By their nature, these new approaches offer the advantage of increased development speed, but are still relatively unproven. Of the 34 COVID-19 vaccines currently being evaluated in clinical trials, 17 are of this type.

The ambitious timelines for a COVID vaccine would be far outside anything previously achieved. There are reasons to be optimistic. While most vaccines fail during development, there are more than 230 candidate vaccines for COVID-19 in development. But many of the technologies being pursued are new and unproven, so investing in them is a risk.

Importantly, the biotech industry, faced with major international health challenges, has a long history of collaboration. And there is evidence that, to meet the urgency of the global COVID-19 crisis, competition is reducing. Collaboration on technologies, between companies and between commercial, academic and regulatory partners is accelerating.

Manufacturers can also rely on initiatives that existed even before the pandemic, such as the University College London’s Vax Hub working to produce affordable vaccines by collaborating with Oxford University as well as the company AstraZenaca.

As the the two world wars have shown, biomedical innovation can be speeded up at a time of crisis. And if we are really lucky, some processes and initiatives involved in the production of a COVID-19 vaccine may be here to stay – benefiting people for decades to come.

Beatrice Melinek is a Post-doctoral Research Fellow of Biochemical Engineering at UCL focused on perfecting the processes used to make complicated biopharmaceutical medicines. Her doctoral work (sponsored by the EPSRC and in collaboration with GSK Vaccines, Belgium) and subsequent post-doctoral project and industrial experience were in the domain of viral vaccine / vector harvest and purification. Her current post-doctoral work is looking at the use of cell-free protein synthesis as a potential platform process for personalized medicine production.

Stephen Morris is a Research Fellow in Vaccine Process Analytics within the UCL-Oxford Future Vaccine Manufacturing Research Hub. His main interests are in the development of high throughput methodologies for the optimization and simplification of vaccine manufacturing processes. He has special interest in the translation of these processes to LMIC manufacturing environments. Manufacturing vaccines today is inefficient due to the use of serial batch operations in large complex facilities that require highly trained operators and extensive quality testing throughout production. The goal of the Vax-Hub is to overcome the traditional inefficiencies that manifest at the interfaces between the current discrete stages of batch manufacturing, fill-finish, and quality control testing when delivering high-quality, efficacious vaccines. Thereby securing the supply of essential vaccines throughout the world. 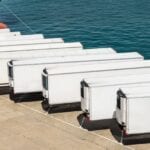 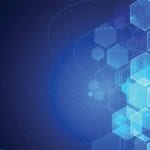